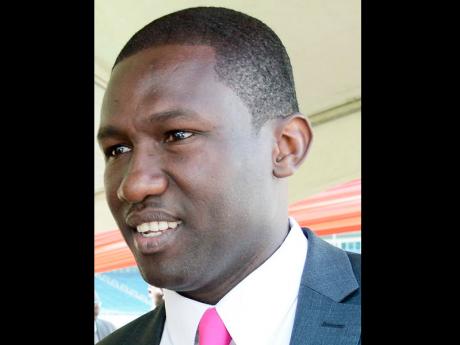 MUMBAI, India, (CMC): West Indies players are calling for the head of WIPA's president Wavell Hinds, accusing the Jamaican of a conflict of interest and failing to place their interests as top priority in the recently negotiated Collective Bargaining Agreement/Memorandum of Understanding (CBA/MOU) with the West Indies Cricket Board.

In the most recent letter sent by players' representative and one-day captain Dwayne Bravo, the players said they no longer had any confidence in Hinds and the top brass of the players union, and urged them to resign.

"We, the players have now lost all confidence in your ability to properly represent the players in any meaningful way and as such, we are calling on the officers of WIPA and any of those who may have a conflict of interest to tender their resignation unconditionally with immediate effect," the letter to WIPA said.

"This would allow us the right to seek the necessary advice of professional advisers whom we have confidence in and take the necessary course of action as we see fit."

The players, in a second letter sent to WIPA on Tuesday, wrote that it appeared as if Hinds' many roles, in addition to the fact that he belonged to the same cricket club in Jamaica as WICB President Dave Cameron, had now "clouded his judgement."

Hinds, also WIPA's chief executive, serves as Jamaica's chairman of selectors and is a board member of the Jamaica Cricket Association.

The threat of strike action loomed over the first one-day international on Wednesday, as players protested the new terms of WIPA's CBA/MOU deal with the WICB.

They have contended that the new agreement leads to drastically reduced income. According to the players, their Test, ODI and Twenty20 fees had been decreased by 75 per cent, with their International Cricket Council fees also decreased by "close to 100 per cent".

Further, the players said they would not be compensated for the use of their rights under the new deal.

They argued they had no input in the latest deal and called for a return to the old arrangement until a new agreement could be struck.

Such a move would all but rubbish the new CBA/MOU which Cameron only last month described as "historic". The old agreement had proved a source of contention in the past, leading to the souring of relations between WIPA and the WICB.

Despite going ahead with Wednesday's first ODI, players have refused to take the strike option off the table, especially with four matches remaining in the current series.

"After much consideration, the West Indies players have decided to participate in the first one-day international against India ...," Bravo explained in the letter.

"This decision should not in anyway be construed as an acceptance by the players of the unreasonable terms and conditions put forward to us by WICB, nor is it an acceptance of the purported new Memo-randum of Understanding."

The second one-dayer is scheduled for Saturday in Delhi.