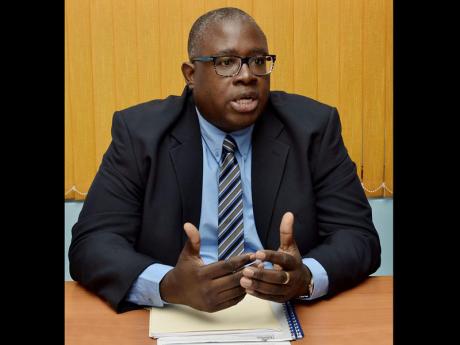 Carey Brown, executive director of the Jamaica Anti-Doping Commission (JADCO), has hailed the first ever Athlete's Reference Guide published by the World Anti-Doping Agency (WADA) as being very vital to the athletes in the commission's testing pool.

WADA has published the guide in time for the introduction of the 2015 World Anti-Doping Code.

The guide will be made available to Jamaica's athletes on the website of the Jamaica Athletics Administrative Association (JAAA) and is already being circulated among athletes in JADCO's registered testing pool, as well as other stakeholders, Brown said.

It will act as a crucial point of reference for all athletes looking to enhance their knowledge of the code and had been championed by members of the WADA Athlete Committee throughout the course of 2013 and 2014.

"It's vital information and it makes the code a little more user-friendly for them and it breaks down the different aspects, like results management and a new area labelled prohibited association," Brown said.

Prohibited association basically means that athletes will not be allowed to associate with persons who have run afoul of laws that could be considered anti-doping violations, Brown explained.

WADA President Craig Reedie said the guide will also help athletes understand their responsibilities under the new code, which takes effect next year.

"Long in the making, the Athlete's Reference Guide to the 2015 World Anti-Doping Code marks a significant step forward in ensuring that all athletes, no matter what sport they play or which country they come from, understand their anti-doping rights and responsibilities," he said, echoing Brown's sentiments.

The WADA Athlete Committee, whose job it is to represent the views and rights of athletes worldwide, led and directed the project in time for the introduction of the revised code at the start of 2015.

The guide provides an explanation of athletes' roles and responsibilities, details of what constitutes an anti-doping rule violation, information on the Prohibited List and supplements, and details on matters ranging from the 'Whereabouts' rule to Therapeutic Use Exemptions, among other topics.

"Anti-doping can be a taxing matter for many of us, and what this guide does is help shed light on some of the more tricky subjects within anti-doping," Scott added. "Through its improved rules, the revised code is going to offer a real boost to the clean sport movement when it arrives in just over three months' time."