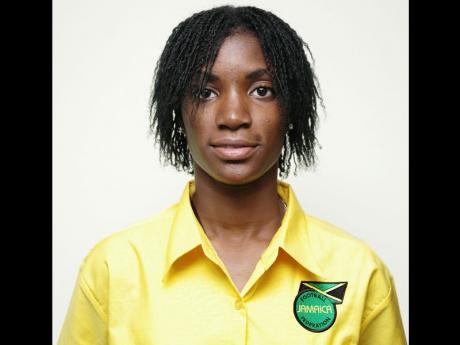 Jamaica's Reggae Girlz marked a successful start to their stretch run for a berth in the 2015 World Cup by running roughshod over Martinique 6-0 in the CONCACAF Women's Championships here yesterday.

Two goals each by Woman of the Match Christina Murray and Donna-Kay Henry led Jamaica's scoring onslaught in the opening Group B contest. Shakira Duncan and Alexa Allen also scored.

The Reggae Girlz could have not asked for better conditions to get their campaign rolling, especially after the last leg of their training camp was bothered by cold and wet weather. The match kicked off in bright sunshine and temperatures soaring near 80 degrees, with Sporting Park kissed by a gentle breeze.

Martinique, considered minnows of the group, which also includes Costa Rica and Mexico, weren't dealt the best hand, arriving here the day before the match due to weather-forced travel delays.

Jamaica immediately stormed their French-speaking Caribbean opponents, taking control from the outset while rarely allowing goalkeeper Nicole McClure to be threatened. The Girlz jumped into a second minute lead after a neat build-up between Henry and the creative Duncan on the left flank resulted in Duncan's dribble inside the box and cross for Murray to easily slot home.

Four minutes later, the lively Duncan doubled the score, eluding defenders and Martinique goalkeeper Cathy Bellune before rolling the ball into the empty net from a narrow angle.

Despite sporadic counter attacks by Martinique, Jamaica continued to create - and squander - numerous scoring chances. The Girlz widened the lead when Henry found herself on the end of a beautifully weighted long ball from Lauren Silver, slipped past Bellune and shot into the empty net.

But the Girlz rediscovered their scoring touch late in the second half. Substitute Allen's long range shot eluded Bellune in the 71st and Murray tapped in her second after more neat work by Duncan in the 74th.

Henry returned with probably Jamaica's prettiest goal in the 77th, capping a solo run and nifty combination with Duncan before rifling home the Girlz' sixth.

The slew of misses and first half cautions shown to Silver and Sherona Forrester were among the blemishes in an otherwise dominating display by Jamaica ahead of remaining Group clashes with Costa Rica on October 18 in Illinois and Mexico on October 21 in Washington, D.C.

Jamaica's squandered opportunities, however, could possibly factor later on when the top two places in the group are decided.

The first games in Group A were played here on Wednesday with the United States and Guatemala both winning 1-0 over Trinidad and Tobago and Haiti, respectively.