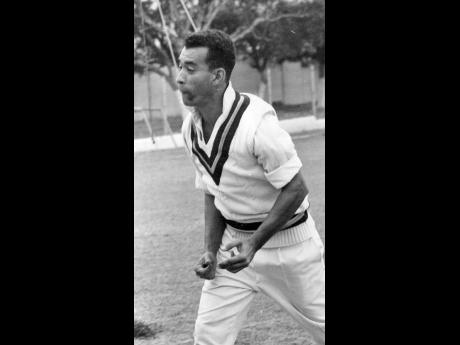 Former West Indies Test batsman Bryan Davis has condemned the move by West Indies players to abort the tour of India as "selfish and inconsiderate".

In an impassioned response to the development, the 74-year-old said the players' actions were unacceptable and could not be justified, especially in the middle of an international series.

He said all contract issues should have been dealt with prior to the tour and singled out the West Indies Cricket Board for some blame.

"While on tour, I am saying they cannot leave that tour because of some argument with their own representative body (WIPA)," Davis told the Trinidad Express newspaper.

"The BCCI (Indian Cricket Board) does not have anything to do with your domestic problems, neither does the fans in India. That is totally unfair to them."

He continued: "You did not deal with your problems before you went on the tour so then deal with it after when you go back home. You certainly cannot abandon the tour in the middle because of your internal dispute.

"That is selfish, inconsiderate. It lacks integrity. I am sad and disappointed about the turn it took. It was a total shortage of courtesy. There are no redeeming factors.

"To me the players should not have left without signing a contract. The WICB should have ensured the players were in agreement with everything outlined so they are also at fault."

The impasse arose after players said they could not accept the terms of the newly signed Collective Bargaining Agreement (CBA), contending it resulted in a drastic reduction in their earnings.

They subsequently asked for a return to the old CBA, while a new agreement could be hammered out. This suggestion was rejected by both WIPA and the WICB.

With no solution in sight, the players informed team management last Friday they would be quitting the tour, with matches still remaining.

"There is no reason to abort a series except for War or acts of God and things like that. I don't believe that there were any proper explanations for abandoning the tour, certainly not for an argument with your own players' association," said Davis, a right-hander who played four Tests in 1965 against Australia.