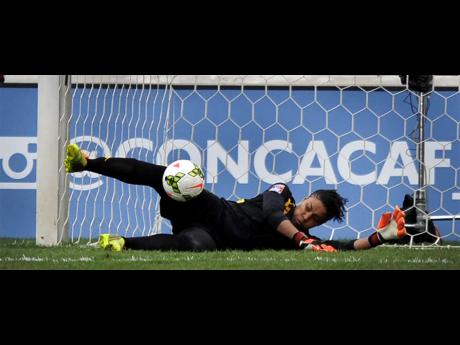 "Four in the wall!" McClure demanded here Thursday, bobbing around in front of her net, hands waving and pointing as she shifted Reggae Girlz into proper line.

No sooner had Martinique's rare threat on goal materialised, however, it fizzled. But McClure's command reminded observers of the respect she has earned in a national programme seeking plenty as it pushes towards a historic first berth in a women's World Cup.

Martinique's feeble effort, mirrored in a 6-0 loss, meant a huge McClure impact wasn't critical. Her influence on Jamaica's fortunes for the rest of the CONCACAF Women's Championship (CWC) and beyond, however, is predicted to be the opposite. Yet, coaches believe, she will rise to the challenge.

"She is not an ordinary goalkeeper," Wendell Downswell, who has guided Jamaican teams at multiple levels and is here to assist head coach Merron Gordon tackle the CWC, said of McClure, who plays for Ostersunds DFF in a Swedish semi-professional league. "A lot will depend on her performance."

Head coach Merron Gordon compared her quality with the cream of net minders the region has produced.

"McClure is one of the best female goalkeepers I've ever seen in the Caribbean," he said.

But it was Downswell who made the boldest claim, arguing McClure could challenge Jamaica's young male 'keepers.

BETTER THAN SOME BOYS

"She's better than some of the boys from the Under-17 and maybe the Under-20," said Downswell, who coached Jamaica at World Cups in those age groups and is currently national coordinator for male and female youth programmes. "She can compete with them."

McClure's advantages, both coaches agree, hinge not just on her athletic abilities, but approach. She moves easily in the penalty area and handles the ball cleanly. Gordon called her footwork "awesome", adding that McClure could do well playing "out on the field".

"Even though she's young, she's seen as a future captain."

McClure's influence and skills bring an automatic boost to the Girlz.

"She's the consummate professional," said Downswell. "She's technically sound and her being in the goal injects a lot of confidence."

Jamaica will need that for the final World Cup push.

"I'm very confident in how we've been playing," she said ahead of Martinique. "... We should do well."

For Jamaica, it all starts between the posts.