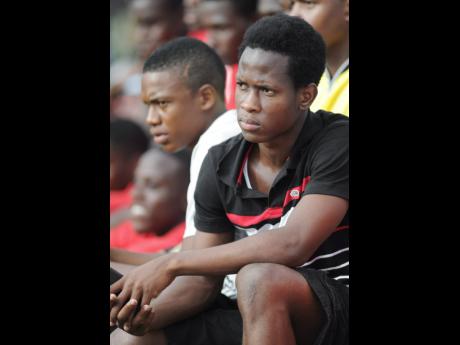 After two weeks of inactivity due to illness to some of their players and national duty for others, former champions and preseason favourites, Waterhouse, will return to Red Stripe Premier League (RSPL) action today eager to make up ground on the teams ahead of them.

Today, the Drewsland-based team will head to Westmoreland to tackle the free-scoring Reno in one of four matches on a weekend with a rare full schedule so far this season.

Having started the season in fine form before playing to a fortunate 0-0 draw with Arnett Gardens in their last encounter, Waterhouse coach Anthony Patrick is convinced that his charges are ready to display their best football. The absence, he said, only allowed his players the opportunity to get sharper.

"We are very good going into this game. We have been doing well even though we have not played for two weeks.

"All the players are looking well, except Kenardo Forbes who is away and Vincent Earle who is still out. Romario Campbell has been working very very hard over the last month and looking sharp. He has lost some weight and looks really ready to do something special," Patrick gushed.

So strong is his team right now, according to Patrick, that his worry will be who to select for what position, especially in goal.

"Kelso Cousins kept really well in our last game and Richard McCallum is back at his best so it will be a tough choice for the coach to choose who plays in goal," Patrick said.

Despite this perception, Patrick still has a lot of respect for the Reno camp.

"It will not be easy, but we have the quality, but we know what they have been doing. They have been scoring goals with Craig Foster scoring eight already. He is a marksman," stated Patrick in respect.

Waterhouse will meet a Reno team who are bouncing back to form and have a good record at home.

"They (Waterhouse) are still the favourites. We expect a tough encounter. They are the team we hope to emulate in that they were in the CONCACAF club championship. They are a very good team so we expect nothing less than a tough game from them," Reno coach Patrick Graham said of the opposition.

To get the better of the visitors, Graham said his players will have to give nothing short of their best.

"We definitely have to bring our A game playing against them. We have to concentrate for 90 minutes. We have to score and we know they are very strong offensively. We really have to be disciplined, maintain our shape for most, if not all, of the game," he said of their keys to victory.

A number of players have moved between both clubs and as far as Graham is concerned, this could make the affair a grudge match while Patrick believes that that will be to their advantage.

"They have at least two Reno past players like Evan Taylor, Finlayson and Gary McIntosh so it could be a grudge match," said Graham, who has inserted the experienced goalkeeper Denis Taylor between the sticks.