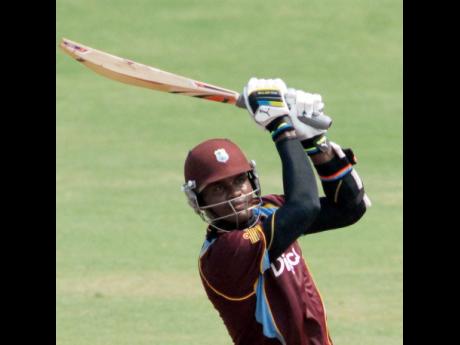 Just as he did in the recent one-day series against India, stroke-maker Marlon Samuels has again

The elegant right-hander jumped 20 places to 41st in the one-day international (ODI) batting rankings, to be the biggest mover overall, while his West Indies counterparts experienced movement in the other direction.

Samuels smashed 254 runs in the controversy-riddled series, which was abandoned by West Indies players after the fourth ODI in Dharamsala, over a pay and contracts dispute with their union, the West Indies Players? Association (WIPA).

He hit centuries in two of the three matches ? 126 in the first ODI in Kochi and an equally superb 112 in the fourth ODI in Dharamsala.

There is no West Indies batsman in the top 20, with left-hander Darren Bravo the highest-ranked player at 37th.

Meanwhile, Kieron Pollard has slipped five spots to 52nd after managing just 48 runs from his three innings on tour, including two single-digit scores.

There was some good news in the bowling for West Indies as fast-bowler Jerome Taylor returned to the rankings at 143rd, after picking up five wickets in the series. Seamer André Russell also jumped seven places to 63rd.