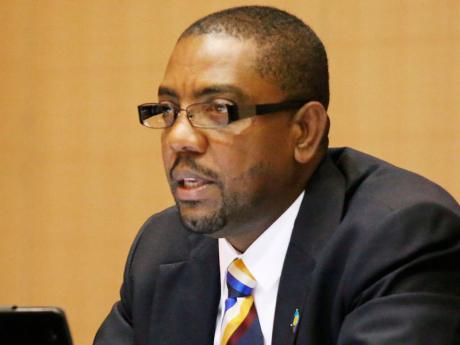 BRIDGETOWN, Barbados (CMC): The West Indies Cricket Board (WICB) says it will establish a task force to probe the circumstances that gave rise to the dramatic pull out by the senior West Indies cricketers from their tour of India.

Following an emergency meeting of directors in Barbados yesterday, WICB says the task force, comprising critical stakeholders, will meet with all parties including the West Indies Players' Association (WIPA) and the players before reporting its findings to the board.

The WICB announcement comes hours after the Board of Control for Cricket in India (BCCI) announced that it would "initiate legal proceedings" against WICB, following the sudden pull-out by the senior West Indies cricketers.

"The West Indies Cricket Board regrets, and is deeply embarrassed by the premature and unfortunate end to the recent tour of India," WICB said in a statement issued late yesterday.

"The WICB once again expresses to the BCCI and all stakeholders - especially the cricket-loving public of the West Indies and India - sorrow for the events leading up to this development."

The WICB has also agreed to request a meeting with the BCCI, as well as schedule an urgent debriefing with the West Indies team management unit.

The BCCI disclosed yesterday that all bilateral tours by India to the West Indies have been suspended.

India were expected to play five series against West Indies in the next eight years, including four visits to the Caribbean.

"In light of the longstanding good relationship between WICB and BCCI, which goes back decades and has produced numerous mutual benefits, the WICB looks forward to meeting with the BCCI to discuss these decisions which can have serious implications for West Indies cricket," the statement said.

"WICB believes that a way can be found to repair the damage that has been caused and to ensure that similar events do not recur, with the focus being on the betterment of West Indies and world cricket."

West Indies players are angry with WIPA over a change in their Collective Bargaining Agreement with the WICB, which they claim results in a drastic reduction in their earnings.

The pull-out, the follow-through of an earlier threat, has angered the BCCI and soured its relationship with the WICB.

"The WICB thanks all stakeholders, particularly the Inter-national Cricket Council, BCCI, their broadcasters and sponsors for their patience and understanding in this matter and looks forward to the continuation of a strong relationship between our boards," the statement added.

"The WICB is committed to acting as expeditiously as the situation allows and will provide further information to the public as soon as it is appropriate to do so."

Yesterday's crisis meeting in Bridgetown also agreed to assure Cricket South Africa that it will use its "best endeavours" to ensure a successful tour of South Africa as scheduled.