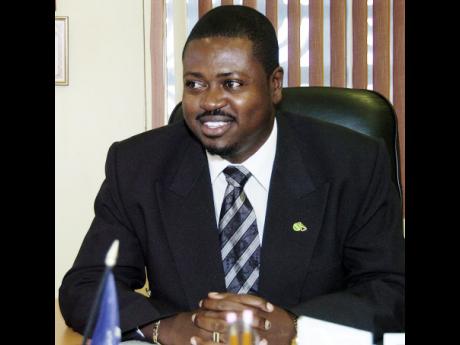 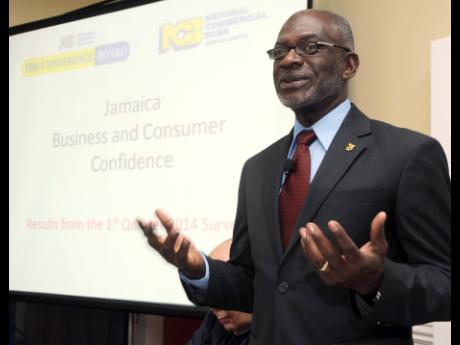 THE Institute of Sports (Insports) is looking at ways to bring on stream a national junior athletics championships in about three years for students at the prep and primary level as it moves to expand track and field development.

This is likely to include staging qualifying events across the country, given the number of institutions and athletes involved.

The national agency, whose major function entails sports development at the grassroots level in various disciplines, hosts a number of age-group track and field championships each year for basic, primary and all-age and junior high schools.

A number of the island?s top athletes, including Olympic and World Championship double sprint gold medallists Usain Bolt and Shelly-Ann Fraser-Pryce, got their first taste of competition at these events.

Noting that ?track and field is (the area) where I believe our biggest development has taken place to date?, Ian Andrews, the executive director for Insports, explored the channels through which they will be looking to grow the sport with assistance from long-time sponsor Seprod.

?Our ultimate goal, Seprod is looking at it as well, is an all-island championship.

That will take some planning and a lot of money,? said Andrews. ?Ideally, in terms of serious development, it (goal) is to have that national junior age-group championship where prep and primary schools will be participating on one stage.

?We?re talking about 200 schools, which means we?d need qualifying championships, like they do for Champs,? he continued, pointing to the development meets and regional championships that precede the popular ISSA/GraceKennedy Boys and Girls? Athletics Championships, which is also held annually.

?We?ll see if we can morph it into a national championship, possibly in the next three years,? Andrews stated. ?If that comes off, I think we?d have truly accomplished.?

?Plans are afoot to merge the junior high and primary schools championships into one large all-island meet for children of these ages,? Anderson had expressed at the opening ceremony for Insports? Junior High and All-Age Champs earlier this year.

?We intend at Insports to ensure that as many schools as possible participate in this larger championship.?

Andrews said they now have 95 schools participating at Primary Champs and continue to seek improvements.

?My thing is the development of the children,? he said. ?So far, our championship is growing. A number of our top athletes, who have gone on to be world beaters, started at these championships. They include Usain Bolt, Yohan Blake, Shelly-Ann Fraser-Pryce, Kerron Stewart, Javon Francis, Warren Weir, Ryan Chambers, Christopher Taylor and Ricardo ?Bibi? Gardner, who many people forget was an outstanding athlete before he switched over to football.

?So it?s a breeding ground for some of our island?s top talent,? he noted.