Hyde and the ‘Super’ season 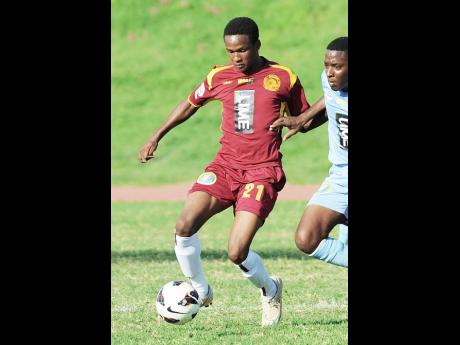 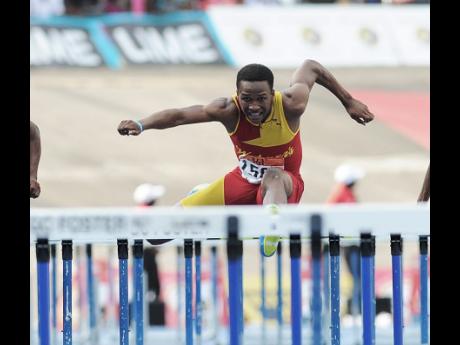 When the Wolmer's Boys' football team was knocked out of the ISSA Walker Cup, I breathed a sigh of relief. It meant to me that World Junior and Youth Olympic champion Jaheel Hyde would get a rest.

With his football and track commitments, he has been training and competing in one sport or the other since last September. It seemed that a little break was needed.

I love football, but my track-dominant heart was being

gleefully selfish. Then, it hit me. Being a big side, the 2012 and 2013 Walker Cup winners had qualified for the new ISSA Super Cup. The missed Walker Cup matches had been replaced, I thought, and rest for Hyde went out the window.

Don't get me wrong. This new competition is a brilliant idea. On a year-to-year basis, it will answer the question fans want answered: Is schoolboy football stronger in the urban areas or in the rural areas?

For all I know, it may also reshape schoolboy football. In the long run, an expanded Super Cup could possibly replace the urban and rural knockout tournaments, the Walker and Ben Francis cups. With time limited for student-footballers in the Christmas term, schedule pressure and interest in rural-urban competition may eventually squeeze the Walker Cup and the Ben Francis Cup. Failing that, schoolboy football could extend into the Easter term.

Until now, the best daCosta Cup team only met the best Manning Cup team in the Olivier Shield. With the Super Cup, that contest can happen twice a year. That's a tasty prospect.

In the meantime, while I wish Wolmer's the best of luck, I'm hoping that coach Ludlow Bernard can continue to find spots of rest for Hyde. After all, the 17-year-old champion played the entire Manning and Walker Cup campaigns last year and then moved into the 2014 track season. He starred at Champs, Carifta, Penn Relays, and in the summer at the World Junior Championships in July and the Youth Olympics in August.

Coach Bernard wisely did give Hyde some rest time when the Manning Cup began. Perhaps, the lad will get a break after the 2015 Penn Relays.

All things being equal, that will be just his third year as a 400-metre hurdler. The world junior record of 48.02 seconds and the Jamaican Olympic team might both be within reach by then.

That's in the future. For now, my selfish track-dominant heart just feels that Jaheel Hyde needs a little rest.