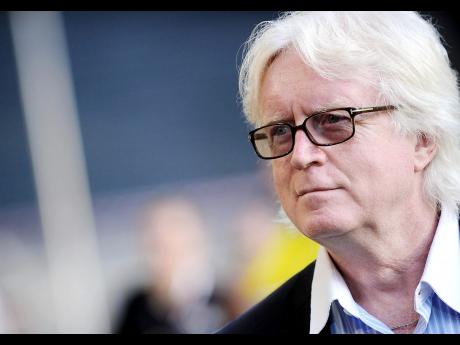 As he battles criticism and calls for his sacking owing to a series of losses and the consequential nosedive in FIFA's world ranking, head coach of Jamaica's senior men's national football team, Winfried Sch‰fer, is arguing that a collective effort is needed to move the country's football forward.

Sch‰fer further argues that he is looking at new players all the time to build his team and that will have some negative spin-offs.

Since taking over the national team from Theodore Whitmore at the back-end of 2014 World Cup Qualifying (WCQ) last year, the German, Sch‰fer, has led the Reggae Boyz into battle on 14 occasions, scoring two victories, drawing four games and losing the other eight.

Sch‰fer pointed at losses against tough opponents and in trying circumstances such as travelling long hours with unsatisfactory recovery time.

"It was clear during this period, our team was on holiday (out of season)," Sch‰fer observed. "We played these matches. We were a sparring partner for the World Cup teams, and in these matches, we had to change our players.

"From these matches, only one match I think we were not good, the match in Canada," Sch‰fer said, noting they conceded too much in the 3-1 beating by the Canadians and missed too many clear scoring chances.

Responding to the criticisms within this past week, JFF president Captain Horace Burrell, reassured Sch‰fer of his position.

Sch‰fer, who played in the German Bundesliga at Borussia Mˆnchengladbach and Karlsruhe, guided Cameroon to the African Cup of Nations title, then the World Cup Finals in 2002. Under his guidance, the African country also ended runners-up at the Confederations Cup in 2003.

"That is why he wanted the four years so that he could look at a number of players and build a squad," Burrell pointed out. "The federation is very comfortable with Mr Sch‰fer."

"One goalkeeper sent a

message to me. 'I lost eight kilos.' Why eight kilos, why wasn't he like that before? Yesterday, one man called me, one player lost 10 pounds. Why did he have 10 pounds before? That is the problem, tomorrow is not important, it's now," he stressed. "And that's why I'm not happy with our local players. The players come with the same weight to our matches and I talk to them before.