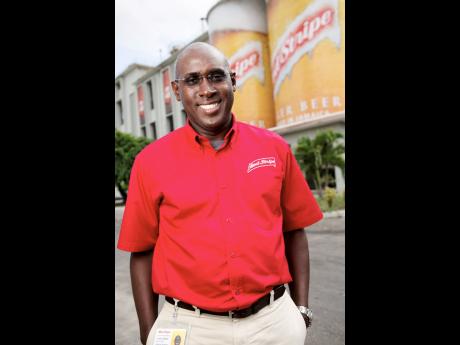 Europe had an easy win over the United States during last month’s Ryder Cup in Gleneagles, Scotland. The massive crowds that turned out got to see the European team that included Rory McIlroy, Henrik Stenson and Sergio Garcia run out easy victors over their North American rivals 161/2 points to 111/2 points.

The Americans may have been upset at being routed, but, for two Jamaicans there, it was the experience of a lifetime.

“Fantastic!” exclaimed businessman Peter Chin when asked to sum up the experience in a word. Chin and Manu Chandaramani, a Montego-Bay-based merchant, had won trips to Gleneagles when they participated in the Johnnie Walker Learning for Life Classic at the Tryall Golf Club in Hanover in July. The tournament helped raise much-needed funds to support the programme under which unemployed youth are provided with skills that allow them to provide for themselves and their families as well as build their communities.

Back in July, both men expressed at the time how much they were looking forward to the trip, but it still managed to exceed their expectations.

Chaperoned by Cedric Blair, Red Stripe’s managing director, Chin and Chandaramani, who has yet to return to the island, experienced the Johnnie Walker Gold package that saw them staying at the Sheraton Hotel and Spa in Edinburgh and enjoyed all the other trappings that came along with it.

“We were very well treated by Johnnie Walker, it was first- class treatment. BMWs picked us up at the airport and we had courtesy suites,” said Chin, who described the experience as one of the best-ever vacations. “A friend of mine and I got about to play three rounds of golf at Gleneagles. For a golfer, this was like a dream come true.”

Chin also got a peek into the golf culture in Scotland, the home of golf.

“My taxi driver plays golf, everybody plays golf,” he said. He also got to play a few rounds at two very prestigious golf clubs – the Royal Burgess Golf Club and Bruntsfield Links Golfing Society, the fourth oldest club in the world that was founded in 1761.

At the Ryder Cup itself, Chin said he has never experienced anything quite like it.

“A regular PGA crowd is like 35-40,000 people, this was 80-plus thousand people cheering and singing. It is no different from what you see at a Premier League football match,” he said.

Blair said he was pleased his company was able to make the experience such a memorable one for Chin and Chandaramani.

“The experience at Gleneagles was an amazing one and a perfect compliment to our Johnnie Walker Learning for Life Golf Classic. Both winners received the very best of what Johnnie Walker had to offer in Scotland, which I’m sure created memories that will last a lifetime,” he said.