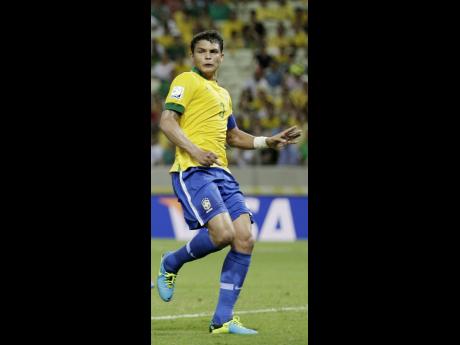 Paris Saint-Germain players Thiago Silva and Lucas are back in Brazil’s squad for friendlies against Turkey and Austria next month.

It’s their first call-ups by Dunga since he became coach after the World Cup. Thiago Silva was captain of the World Cup squad, but has been injured, while Lucas hasn’t played for Brazil for a year.

Antigua and Barbuda are sweating on the fitness of Nottingham Forest’s Dexter Blackstock, ahead of next month’s Caribbean Football Union Caribbean Cup Finals in Jamaica.

The 28-year-old missed this month’s second-round qualifiers and, though Antigua managed to advance, head coach Rolston Williams said the presence of the English Championship club frontman would improve the side’s attacking options.

“Players like Dexter Blackstock is coming off an injury, but he is one of the players we are looking at for that final round because we are definitely short in goal-scorers and we need to strengthen the team in that area.”

Antigua finished second on four points in Group 7 of the second round qualifiers hosted in Port of Spain, advancing along with group winners Trinidad and Tobago.

In the Finals, scheduled for Montego Bay, Antigua will play alongside French sides Martinique and Haiti, and hosts Jamaica in Group B.

Former Barcelona goalkeeper Victor Valdes will complete his rehabilitation from a knee injury at Manchester United and will then start training with the first team.

The 32-year-old Valdes, who tore the anterior cruciate ligament in his right knee in March, has been a free agent since being released by Barcelona at the end of last season.

United says manager Louis van Gaal has offered Valdes “a chance to complete his rehabilitation from a knee injury and to work his way back to fitness with the club ... before training with the first team.”