Tough U-20 draw for Jamaica 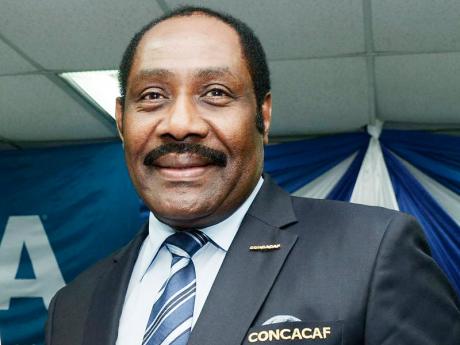 Western Bureau: Host Jamaica was drawn in a tough Group alongside rivals the United States and Trinidad and Tobago in Group A of the CONCACAF Under-20 Championships yesterday.

The draw, which took place at the Hilton Hotel in Montego Bay, St James and which was carried live on FIFA-TV, signalled the true beginning of the journey to the FIFA U-20 World Cup in New Zealand from May 30-June 20 next year, for the junior Reggae Boyz squad.

The tournament will be played across the two cities; Kingston, at the National Stadium and at the Montego Bay Sports Complex, from which four teams will have an opportunity to qualify to the age-group World Cup.

Jamaica is joined in Group A by Trinidad and Tobago, Panama, Guatemala, the USA and debutants Aruba.

Defending champions Mexico was drawn in Group B and will face Haiti, Canada, Cuba, Honduras and El Salvador.

There will be sixteen days of competition, with the twelve countries broken down into two groups of six each.

The winners of each group will advance directly to the championship match and the title winners declared U-20 CONCACAF champions. The eventual champions and the runners up will secure qualification to the World Cup in New Zealand.

Two other qualifying spots will be decided between the second and third place of each group, which will go into one play-off match each to determine which country qualifies along with the finalists.

Jamaica Football Federation President Captain Horace Burrell yesterday told The Gleaner that the draw was a good one for Jamaica, as it will force the players to add something special, especially against tougher opponents like the United States.

"This is a wonderful opportunity for Jamaica, not just for hosting this qualifier, but to take our football product to the world," said Burrell.

"All the countries here are deserving of this opportunity, but as host, it would be such a great achievement if we can qualify for this Under-20 World Cup," added Burrell.