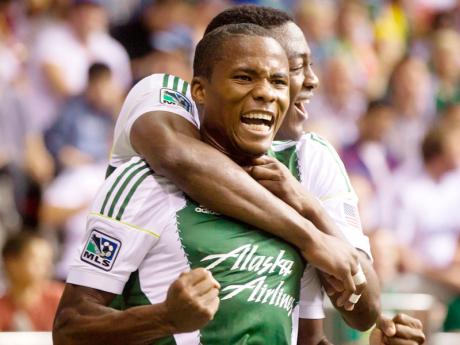 The deal is set to be confirmed as the largest MLS transfer involving a Jamaica player, eclipsing the US$80,000 fee paid by the Houston Dynamo in 2011 to secure Je-Vaughn Watson from Sporting Central Academy.

"The clubs were able to reach an agreement, as the Timbers were fair in their valuation of the player. Ultimately all sides were comfortable with the terms," was all his agent Romel Wallen offered when asked about the value of the deal.

However, The Gleaner was reliably informed that the transfer is worth US$100,000.

Powell, who according to reports had begun to attract the interest of several European clubs - with Spanish second division team Real Zaragoza and in particular Turkey's Super Lig unit Torku Konyaspur - had been on loan at the Timbers since July 2013.

Walen, who represented Portmore United in the negotiations, pointed to the Jamaican's meteoric rise in the Timbers' system as a major factor in the process.

"A few (European) clubs had expressed interest in the lad, which is not surprising given his perceived upside," Wallen told The Gleaner in an interview.

''He has become a vital player in the Timbers' playing system, which has accelerated his development. As such, they were keen not to lose him at this stage," added Wallen.

After two seasons at Portmore United, the 6'0" St Thomas native made five appearances in his rookie season for the Timbers and was named the club's best up and coming player. The defender became the outfit's youngest player to start a MLS match at 19 years and 16 days.

In his first full season with the Timbers, Powell was again named as the club's best up and coming player, starting 11 of 15 games, adding two goals and two assists.

The move is seen as a major development for the former Paul Bogle High student, who left Jamaica 18 months ago to pursue his dreams of playing professional football.

"With his platform now permanently established, Alvas must focus solely on being the consummate professional," Wallen stated.

Powell was a vital member of the Jamaican team that recently won the CFU Men's Caribbean Cup football competition in Montego Bay and has also represented Jamaica at the Under-17 and Under-20 levels. He has 13 national senior caps.