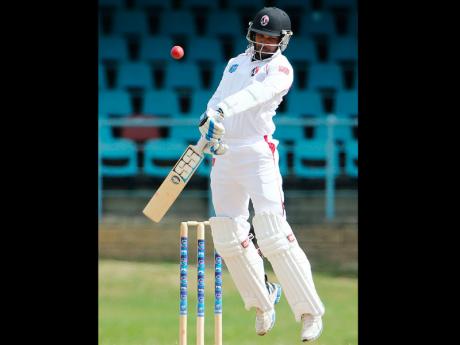 It will be the team's first action since its tour of India was abandoned in October because of a pay dispute. The repercussions of that remain unresolved, and a damages claim from the Board of Control for Cricket in India hangs over the WICB.

A young West Indies side can expect little comfort against the world's best team at a venue where the hosts have won 14 of 19 Tests.

"It's going to be a tough tour for us," said captain Denesh Ramdin.

"Our last memory of being here was that we won the first Test match, but then didn't show the (necessary) fight and determination throughout the series ... . Hopefully, we can take some experience from that and play some positive cricket."

The West Indies last toured in 2007/08, when they won their opening test but were beaten heavily in the second and third Tests.

The West Indies languish in the bottom half of the ICC test rankings above only Bangladesh and Zimbabwe.

They will be without talismanic opening batsman Chris Gayle, whose long-standing back injury flared up in the last month when playing Twenty20 cricket for a South African franchise, and Darren Bravo, who opted out of the tour for personal reasons.

The West Indies batting will lean on veteran Shivnarine Chanderpaul and Marlon Samuels, who was top run scorer on the last tour of South Africa. He hit a double-century in a warm-up game last week.

There is more optimism about the bowling line-up, in which left-arm fast bowler Sheldon Cottrell has been added to a seam department that includes Kemar Roach, Shannon Gabriel and Jason Holder.

"He is always very enthusiastic and, being a soldier, I think he is fit enough and he wants to play," chairman of selectors Clive Lloyd said of Cottrell.

South Africa have played only three tests since the retirement of iconic captain Graeme Smith in March and have not played the format since a one-off game in Zimbabwe in July.

This lack of Test cricket has created anxiety for coach Russell Domingo, even if, in July, South Africa claimed their first series win in Sri Lanka since 1993, under new captain Hashim Amla.

"I am actually a bit nervous starting this Test series because we haven't played a lot of Test cricket over the last couple of months," said Domingo. "We are still trying to find the right combinations and the right personnel after the loss of guys like Graeme Smith and Jacques Kallis."

The Proteas will be without middle-order batsman and part-time spinner Jean-Paul Duminy. This is likely to give left-hand batsman Stiaan van Zyl a long-awaited debut.