'We will turn the tables' 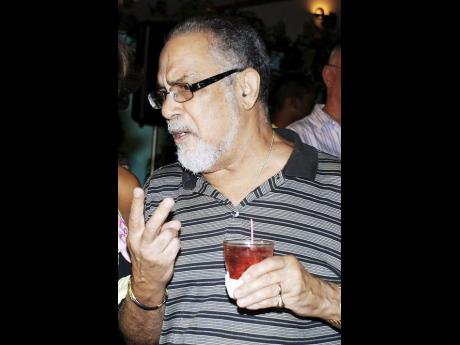 COME DANCE WITH ME won October's Cash Pot Trophy at 1200 metres and went to post as favourite to win back-to-back legs of the three-race SVL Two-Year-Old Series but got into a match race with champion trainer Wayne DaCosta's POLLY B.

Both played into the hands of fast-finishing ALACRANN, prompting Hamilton to stand down champion jockey Dane Nelson and call in big-race

"I didn't want Dane Nelson to ride him after that terrible race, a match-race with Polly B, who had his challenger in the jockeys' championship aboard, Dick Cardenas.

"His instruction was to sit behind the pace and make his move. I am hoping for a much better ride from Ellis, who has been working the filly," said Hamilton, president of the Thoroughbred Owners and Breeders Association.

Hamilton said in addition to Ellis being a better rider, COME DANCE WITH ME being drawn at post-position four will also be another plus in her favour.

"You will have a much better regulated race. Who wants to go and set those splits again can do so but won't last a mile," Hamilton said, taking pot shots at POLLY B, who had matched his filly stride for stride to the last furlong and a half.

"I don't see POLLY B being a danger. I don't think POLLY B has the same class as COME DANCE WITH ME," he added.

ALACRANN, Hamilton said, only won the Pick-3 Super Challenge because of the

tactics employed by Nelson and Cardenas.

"COME DANCEWITH ME has already beaten both POLLY B and ALCARANN. The horse I am afraid of is BALLON D'OR," declared Hamilton, who has owned Jamaican champion horses such as A KING IS BORN, DISTINCTLY IRISH and also operates the island's leading stud farm, HAM Stables, in partnership with 14-time champion trainer Philip Feanny.