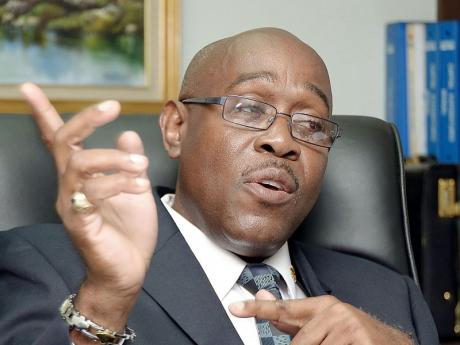 THE 2015 track and field season will get under way today with the staging of two development meets with the Corporate Area's Pure Water Jamaica College (JC) Invitational meet at JC, and the County of Cornwall Athletics Association (COCAA) meet at Herbert Morrison Technical High school in western Jamaica.

A large turnout is expected at the Pure Water JC meet where nearly 2000 athletes will be on show .

"It will be one of the biggest ever as we have received entries from most of the top teams across the island and we expect great competition as coaches will be using the opportunity to see where their charges are, coming out of the Christmas break," said meet organiser Ian Forbes in a recent interview.

This season is undoubtedly one of the most anticipated for track and field fans and is expected to be the most competitive for years among the island's top high-school teams. This is particularly the case among the females as defending girls champions Edwin Allen are expected to be strongly challenged by former champions St Jago High and the fast-rising Hydel High.

The off season has seen a big exodus of Edwin Allen Class I athletes, including the likes of Christania Williams, Monique Spencer, Marleena Eubanks and Claudette Allen, and with both St Jago and Hydel doing well in their recruiting efforts, both teams are confident of dethroning the defending champions this year.

St Jago is loaded in Class I, with the likes of Peta Gaye Williams, Natalliah Whyte, Shanice Reid, Genekee Leith and former Vere Technical hurdler Andrenette Knight, and the outstanding Kimone Shaw set to lead the charge in Class III.

With a quality Class I team for the first time in their history, Hydel cannot be underestimated.

Despite defending champions Calabar having a runaway win at 'Champs' last year, it could be the same story among the boys. The Red Hills Road-based athletes will only be concentrating on the throws today, but there should be several indicators as the likes of Kingston College, St Jago and home team Jamaica College, who all have championship aspirations this year, should have some exciting and keen battles on the track and in the field.

For today's staging, where the top athletes from each classes will be rewarded with trophies, the organising committee will once again recognise past students of the institution who have contributed significantly over the years, and this year's honouree is Reggae Boyz team doctor and orthopaedic surgeon Derek McDowell.

Some 15 teams are expected to turn up for the COCAA meet at Herbert Morrison. Events on the track will be 100m, 400m and 800m, while in the field there will be long and high jump, along with shot put.