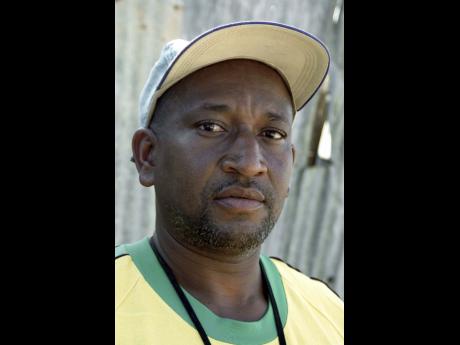 It will be the battle for fourth place when preseason favourites Waterhouse host Rivoli United in the Red Stripe Premier League today at 6 p.m. in one of five scheduled games.

The fortunes of the teams, on and off the field, could not be more different. While Waterhouse are able to attract some of the best talent in the country, Rivoli United have to settle with investing in youthful talent and others who operate under the radar. Waterhouse's star-studded line-up have not been getting the job done for them in recent weeks, having just ended a five-game winless streak while Rivoli are on a five-game unbeaten run.

While the differences between the two teams are obvious, they do have one man in common - Calvert Fitzgerald. Fitzgerald had success at Waterhouse and is currently in charge of Rivoli while they enjoy their best run. Today, his task will be to lead his current team past his former team and it is something that he is looking forward to.

"You can say that it is a homecoming for me. I am usually well received when I go to Waterhouse. I have a lot of respect for the people of Waterhouse and they have the same for me as well," said Fitzgerald, who is perhaps best known for nurturing current national player Demar Phillips.

"We are pretty confident that we will get the better of them. We are on five-game unbeaten run and we expect it to continue," said Fitzgerald who will count on leading scorer Corey Burke, and the influential trio of midfielders Kemar Beckford and Kemar Bennett and the fast-rising defender Troy Moulton.

Waterhouse, on the other hand, will be looking to the revitalised Juvaune Benjamin, who doubled his goal-scoring tally on Thursday last as he struck a double against Reno.

At the Tony Spaulding Sports Complex, home-team Arnett Gardens, despite being without the hard-working duo of Andre Clennon and Dasha Satchwell, should get the better of Sporting Central. Humble Lion's awakening have coincided with the arrival of Donovan Duckie, and a victory over defending champions Montego Bay United will confirm the magic of the former national youth coach.

Reno Football Club and fellow promoted team Barbican FC are on a path to return from whence they came, and anything but a positive result against the battling Boys' Town could see a mood of resignation taking over this proud team from western Jamaica.

The Tivoli Gardens/Cavalier United clash features two teams which are delicately poised. Neither can afford to lose and, as such, this one could be fiery.