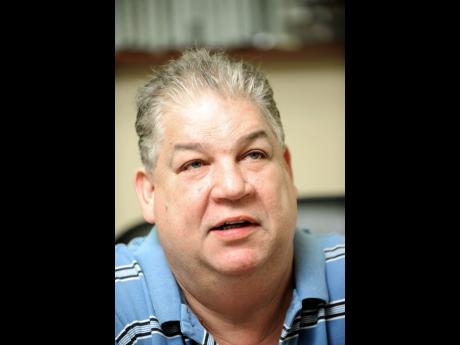 CHRIS ARMOND, chief executive officer, Arima Race Club, has given angry horsemen in Trinidad and Tobago an undertaking that he will take their grouse over a 2.5-kilo penalty against Jamaica-bred horses to the racetrack's next management committee meeting.

Racing stakeholders in Trinidad and Tobago met yesterday to vent their disapproval of the penalty which was written into Arima Race Club's (ARC) 2015 classic diary.

Glen Mohammed, a writer for the Trinidad Express, told The Gleaner, "The hot topic was the 2.5 kilo penalty for Jamaica-bred. Armond promised to take it to the ARC's management committee meeting next Thursday."

Mohammed pointed out that the proposed handicap of 2.5 kilos for Jamaica-breds, when meeting T&T-breds in West Indian-bred graded races, was proposed by Arima Race Club.

"Owners who bought horses at last November's Yearling Sale are up in arms against the ARC. Merlin Samlalsingh, who bought the sales-topper, and other yearlings, along with Balkrishen and Sagan Maraj, will be getting out of the sport if this proposal is approved," he added.

ARC, at its Framing Committee meeting, had told stakeholders the only changes to the classic diary were changes in dates and purses.

"Only when (Baskaran) Bassawh demanded a copy of the diary then he realised the problem," Mohammed stated.

Thursday's meeting, Mohammed said, was to deal with the matter, which he described as "unfair and rightly so against the balance of trade".