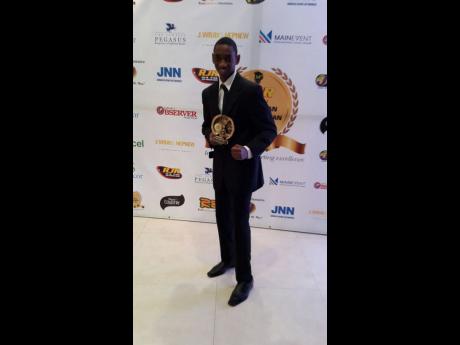 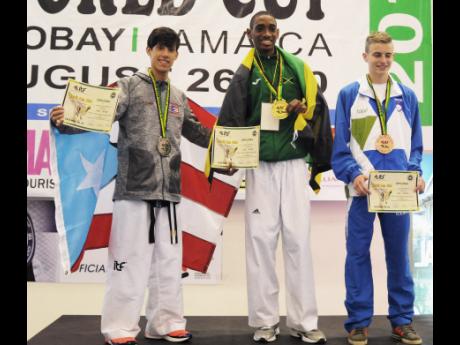 TEENAGER Delano Francis felt as if he was atop the world when he proudly strode on stage to collect his special award at the recent RJR National Sportsman and Sportswoman Awards Ceremony.

The near six-foot 18-year-old had a dream season in tae kwon do last year, winning junior black belt gold at the International Taekwon-Do Federation World Cup, held at Montego Bay's Convention Centre in August, followed by a repeat at the Pan-Am Games in Paraguay in October.

Francis is still over the moon after rubbing shoulders with Jamaica's top athletes at the awards ceremony.

"I was star-struck, collecting an award from Shaggy and seeing all the dignitaries there. Andrew Holness was sitting at the front. It was a real honour.

"I was in a room with Veronica Campbell-Brown, Shelly-Ann Fraser-Pryce. It was a good feeling being around the superstars, getting to meet and talk to them," he added.

A star in his own right, Francis is a shining product of the McKay Security Jamaica Taekwon-Do Association's high school league, representing Excelsior High School.

He is preparing to sit literature, social studies and information technology, hoping to be accepted at University of Technology where he intends to pursue a degree in mass communication.

Francis turned 18 last November and will compete as an adult on the circuit. However, he will miss May's ITF World Championships in Italy due to school commitments.

He still gets goose bumps recalling how he learnt he was up for a national award.

"I got a call, about noon, on the day of the awards from Mr McKay, saying I should go home and get ready to meet him at six because I was nominated for an award.

"I was really proud. I worked so hard for success and to be awarded at such a prestigious ceremony was a real honour," he added.

Francis hopes one day he will be able to emulate Nicholas 'The Axeman' Walters, the 2014 Sportsman of the Year, but acknowledged that it will be tough.

"That's a tough one, our sport, compared to track and field and others, it's very hard for tae kwon do to compete with that. The odds are against us, but you can never tell," he said.