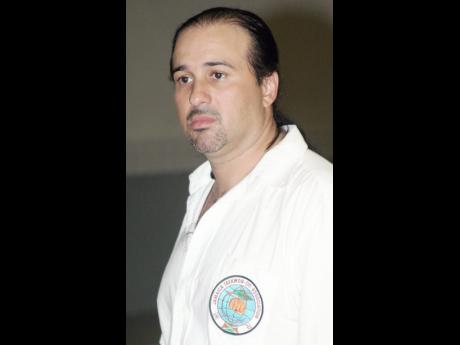 UNAUTHORISED persons on Caymanas Park's compound were surprised in a raid carried out by the St Catherine South Police on Ash Wednesday, resulting in a number of arrests under the Dangerous Drugs Act.

The well-coordinated raid, conducted jointly by the police and the racetrack's security detail, McKay Security, was focused mainly on the southern stable area including the popular canteen hang-out spot along None Such Boulevard, and stretched as far north as the equine pool.

"We are focused on preventing tragedy, not waiting for it to happen. We heard of the threat and decided to act quickly because, as everybody knows, the stable area has produced its fair share of tragedies," McKay pointed out.

Ironically, the raid was carried out four days after the running of the Howard Phillipps Memorial Trophy. Phillipps, a veteran trainer, was shot and killed at his barn on February 7, 2004.

McKay said he was aware that many persons converge on Caymanas Park on race mornings, hoping to get tips, but pointed out that this creates a security risk as unlicensed personnel use creative methods to gain access to the compound.

"I hope this serves as a message to unlicensed persons coming to the track on race mornings. They may think it's a good way to get a good tip but also a good way to be arrested," he said.

"Caymanas Park is the biggest single commercial entity in Portmore and we won't allow any gang activity, or otherwise, to compromise the racetrack," he said.