Anneisha McLaughlin takes a break from the track this season 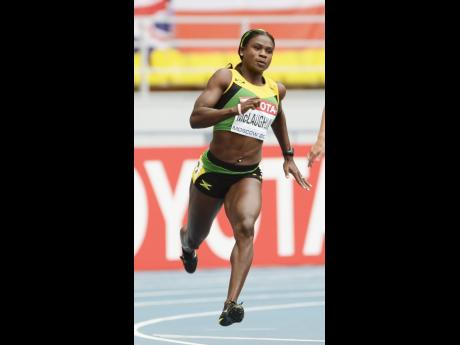 You won't see Anneisha McLaughlin-Whitby on the track this season. That's because she is taking a break after almost 20 years of training and competing.

A star at Holmwood Technical High School, McLaughlin says she will be back for next season.

"I've been in track and field from I was nine and I haven't had a break, so I'm taking this season for myself," she explained. "I'm going back to training in October."

McLaughlin was speaking at Central Championships, where she was honoured for her accomplishments at Holmwood, the University of Technology and MVP Club.

"It's always good to be recognised, and here at Kirkvine, it's basically my training ground when I was at Holmwood and this is also where I started out," McLaughlin said, as she watched the action at the Kirkvine Sports Club.

"I was actually remembering my second 400 I ever ran in my life here at Central Champs," she reflected.

"So it's very nice to be honoured here at Central Champs," she said.

McLaughlin is a Champs legend with 19 gold medals won for Holmwood and records that still stand even now, 10 years after her last race as a schoolgirl. Her Class Three 200m and 400m records are especially good at 23.11 and 52.52 seconds, respectively, and McLaughlin hopes they and her Class Two 200m mark of 23.13 will last even longer.

During those days, she won five Carifta Games titles, including an Under-17 100-metre championship in 2002. Later that year, she was the runner-up in the World Junior Championships at 200 metres.

Most fans think she has underachieved as a

"Well, it's been up and down," she said in an assessment of her post-high school performances.

"I'm still not satisfied as yet, so, therefore, I'm not ready to hang up my spikes," she asserted. "I know I have a lot more in me and I'm going out there to give it a few more years."