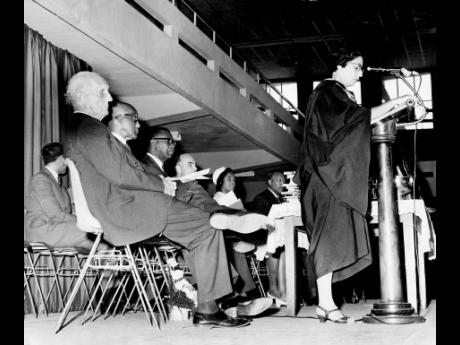 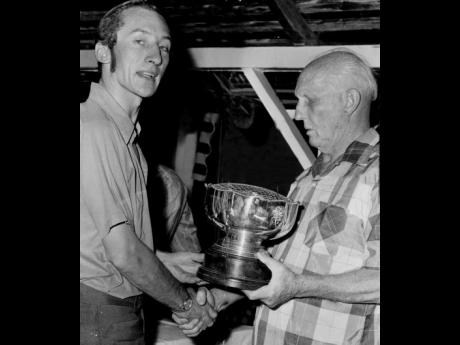 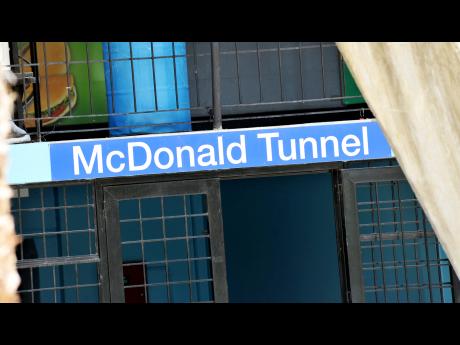 When one enters Jamaica's National Stadium, which is located at Independence Park, there is a prominent sign that says McDonald Tunnel. The tunnel is one of the entrances to the grandstand and the infield.

Recently, in a brief unscientific poll at the venue, 12 spectators were asked randomly, "Do you know after whom the McDonald Tunnel was named?" Of those quizzed, only two had any idea who that person was, and their knowledge was only peripheral.

The tunnel was in fact named after Sir Herbert Macdonald, who was one of the persons who came up with the idea that a stadium should be built in Jamaica, and that Briggs Park, where it is located, should be the venue. The spelling of Sir Herbert's name, however, is Macdonald not McDonald, so the tunnel is in fact misnamed at this time. This should be corrected immediately and it would even be better if it is renamed the Sir Herbert Macdonald Tunnel.

Sir Herbert George Macdonald was one of Jamaica's most famous sportsmen and administrators. He was born in Jamaica on May 23, 1902, and attended Wolmer's Boys School, where he excelled in cricket, football, and track and field.

He managed several teams to overseas competitions, the most notable being the manager of the Jamaica team to the Olympic Games in Helsinki, Finland, in 1952 where the Jamaica quartet of Les Laing, George Rhoden, Herb McKenley, and Arthur Wint won the 1,600 metres relay in the then record time of 3.03.9, which was regarded as one of the finest performances by a Jamaica team at the Olympic Games.

Sir Herbert is also well known for a controversial occurence at the Olympic Games in Mexico in 1968. At the opening ceremony, Sir Herbert, who was the manager of the team, was assigned to carry the Jamaica flag and some members of the team protested publicly because they wanted one of the athletes to carry the flag instead. Some of them boycotted the opening ceremony and others refused to run in the Jamaica colours.

Macdonald was also an author of note. Among his publications is a history of Boys' Champs, a history of the Kingston Cricket Club, and a commemorative history of the British Empire and Commonwealth Games, which were held here in Jamaica in 1966.

Those Games and the National Stadium were the real stars in his firmament. The story

of how the stadium came to be built is a fascinating one. The Central American and Caribbean Games were awarded to Jamaica in 1959, to be held in 1962, and Macdonald was one of the first persons to recognise that the facilities that existed then were not adequate enough to facilitate these Games.

Reports are that Macdonald approached the then Premier of Jamaica, Norman Manley, and the Leader of the Opposition, Sir Alexander Bustamante, and sold them the idea that it was necessary to build a stadium to accommodate the Games. They agreed readily. The next hurdle to be cleared was to find a site.

Several sites were looked at, including Tinson Pen and the site on which the former Gun Court, now the South Camp Adult Correctional Centre, is now situated, but these were not large enough for what was envisaged. He then thought about Briggs Park, adjoining Up Park Camp, and spoke with then Minister of Social Welfare Dr Glendon Logan, who, having satisfied himself that the location was a good one, in turn spoke with Mr Manley.

In an interview in 1979 with the late Baz Freckleton, a Gleaner reporter, Macdonald stated that a meeting was then set up to discuss the location. Those present were then Governor of Jamaica Sir Kenneth Blackburn, Premier Norman Manley, the brigadier commanding the British Army stationed in Jamaica, the Army's land officer, Permanent Secretary V. C. Smith and Macdonald.

Mr Manley, whom Sir Herbert said led the discussions, asked the brigadier if any of the land was for sale, and if so, how many acres, and the price. The answers were, yes, the land was available, 80 acres could be sold, and the price, it was agreed, would be decided by Sir Robert Barker, privy councillor. The price eventually agreed on was, £3,750 per acre, so the final figure was £300,000. The Jamaica Government paid down £100,000 to seal the deal. No more money was paid, however, as the British Government eventually decided to treat the balance of £200,000 as an Independence gift to Jamaica.

The groundbreaking ceremony for the stadium was held on January 6, 1961, and the world-renown American athlete Jessie Owens was the guest speaker. The project turned out to be a difficult one to manage and because of the problems that arose during construction, there had to be a change of contractors. The stadium was eventually completed in time for the Games by a consortium of contractors led by A. D. Scott. Macdonald was named president of the organising committee for those Games.

Jamaica was later awarded the British Empire and Commonwealth Games that were held in 1966, with the National Stadium being one of Jamaica's trump cards. It was further agreed that the National Arena would be built for those Games, mainly because there was need for a venue to accommodate badminton, a very popular sport in those Games. Sir Herbert was also president of the organising committee for the Games. Of note is the fact that the name of those Games was changed to the Commonwealth Games after that. Sir Herbert was awarded a knighthood for his stellar work at the Games, and a bust in his honour was done by noted sculptor Alvin Harriott and is erected at the swimming pool area at Independence Park.

That then is the man after whom the Macdonald Tunnel was named.