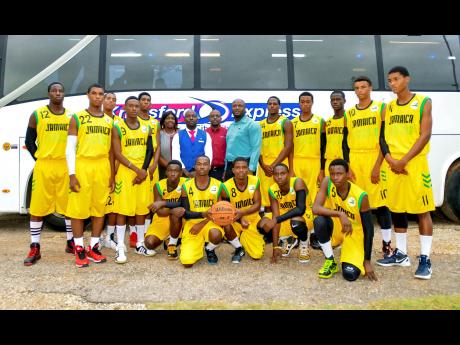 Former National Premier League campaigners, Portmore United, are the only team assured of a semi-final spot, even with two games to complete, in the preliminary round of the LIME St Catherine Major League.

Portmore, who, prior to their penultimate match last night had accumulated 31 points, had nine more than second-place Tru-Juice. Portmore's last outing was a 4-0 demolition of Royal Lakes, who are still in with a chance of making the semi-final cut. Suelae McCalla scored in the 17th minute to give Portmore a 1-0 lead, but Royal Lakes kept them at bay for the remainder of the half.

However, Portmore broke loose after the interval as Cleon Pryce (63rd), Kemo Gayle (73rd) and Mark Morris (90th) scored to complete a rout.

Tru-Juice, with 22 points, missed the chance to qualify last weekend when they were held to a 0-0 draw by ninth-place Portsmouth, which have 12 points and no chance of making it to the final stage, even if they were to win their remaining two games.

Tru-Juice, which lost the mid-season final against Portmore 0-1, have a glorious chance to seal their berth if they defeat Old Harbour Bay United at Bybrook tomorrow.

All appears in place for the first of four developmental clinics by the Manchester Netball Association (MNA), at the Christiana High School today.

Interested individuals or teams should reach the venue by latest 10 a.m. for the start of the theoretical session. This will be conducted by Carlene Graham Powell, coach of multiple rural and national schoolgirls champions, Holmwood Technical.

The opening ceremony will follow, where Member of Parliament for North East Manchester, Audley Shaw, will make presentations of netballs and sponsorship.

The proceedings will continue with the outdoor training session. This will be conducted by a number of qualified parish coaches, headed by Donald Bennett.

According to the MNA , the clinics are designed to help players and coaches prepare for the 2015 season of competitions, which will begin in April.

Mendez, who hails from Westmoreland and is left-handed, won three of the eight stages to finish with 466 points and become the high overall winner.

Henriques, who won three stages but zeroed the final one, finished with 415 at 89 per cent. It was just enough to pip third-place Evan Grant, who finished with 414 points. Thomas Jones and female shooter Sue Ann Henriques rounded out the top five.

Mendez's win was his second at MRPC. He had won in 2013, but fell off the boil last year.

Henriques' latest loss is his second straight one in two major championships. He was beaten into second place by Sue Ann Henriques in last month's Pre-Florida Open. His bad spell continued at the Florida Open where he was disqualified with two stages to complete.

Defending champions Comfort made a winning start to their defence of the Peter Bunting Central Manchester Twenty20 cricket league with a 22-run win over neighbours Broadleaf last weekend.

Manchester parish team captain, Gary Graham, scored the first half century of the competition, piloting Comfort to 164 for seven off 15 overs. Andre Smylie was the best bowler for Broadleaf, as he ended with two for 27.

Broadleaf began their run-chase enterprisingly, but lost wickets at crucial intervals. Still, they appeared to be in the hunt until the dismissal of Marlon Merwin for 42. Lennox Ellis contributed 33. Sanghue Windette, with three for 26 and former Manchester Parish team pacer, Stephan Patterson, two for 18, did most damage to limit Broadleaf to 142 for nine.

Central Strikers bowled off their campaign with a seven-wicket win over Mandeville Police Youth Club (PYC). Mandeville PYC took first strike, but could only compile 107 for six off their available 15 overs. Ryan Robinson provided the best effort with 27.

Central Strikers got off to a terrible start, losing their first three wickets cheaply. But Gordon Bryan shepherded his team home after forging an unbroken 70-run partnership with Omar Thomas. Bryan finished just three runs shy of a half-century, while Thomas was 34 not out, as Central Strikers reached the target with 13 balls to spare.

The single point achieved by Downs pushed them to 28, making it difficult for nearest challengers Comfort, who were on 23 points and needed to win their last two games to qualify.

Comfort were hoping for a Hillstars win, but muffed the glorious chance they had to advance their claim when they lost at home to Ricam, a team that was bent on saving relegation.

Following a number of missed chances by Comfort, Ricam made them pay when Romario Rochester scored in the 67th minute to effect an upset and a crucial 1-0 win. With 18 points, they are now assured of retaining their position in the Major League for another season.

Georges Valley (25 points), Porus (24), Villa (19) and Greenvale (19) lead the charge for the remaining two semi-final slots from Zone One. This quartet have two games remaining and it will be curtains for both Villa and Greenvale should they draw or lose their next match.

The competition continues today with two matches at Kirkvine on separate fields at the same kick-off time, 3:30 p.m. Mile Gully will be up against Downs, while Ricam face Kendal.

Old England and Land Settlement are the zone leaders of the Jamalco-sponsored Manchester FA's Division One football competition.

After three matches in preliminary-round play, both have scored three wins and have the same goal difference, having scored six times and conceding only once. At home last weekend, Old England added the scalps of DC Strikers 2-0 with first-half goals from Kemar Anderson and Julian Bell. Land Settlement achieved their third win on Wednesday, when player/coach Jermaine Johnson scored in the eighth minute to defeat the youthful Technical Strikers team 1-0.

In other results, Plowden FC and Star Zone Academy played to a 3-3 draw, while Northern Caribbean Union President's XI travelled to the Porus Community Centre and lost 1-2 to Starz Academy. Kareem Moulton scored to give Starz a 1-0 lead after 16 minutes, but the visitors roared back to level at 1-1 through Richard Thorpe's 30-yard torpedo in the 36th minute. Shanniel Givans, however, sealed victory for the home side after scoring in the 72nd minute.

The 2015 season of the Clarendon Netball Association will kick off tomorrow at the Mineral Heights Hardcourt Complex, with the opening of the Jamalco-sponsored Netball Open. Assembly time is 1 p.m.

Chief organiser, Winston Nevers, says a total of 21 teams has been registered. Of this lot, three are new in Portland Cottage and Manchester entrants Ridgemount United and Team R.

This season will be the 17th year Jamalco has sponsored this competition. As usual, there will be an opening ceremony and dress parade, followed by a one-day rally. Prize money will be available for the top finishers at the dress parade and rally.

Cedar Grove FC will be gunning for their first football title when they take on Hellshire United in the final of the York Pharmacy-sponsored Portmore Division Two football league at Ferdie Neita Park tomorrow, starting at 3 p.m.

Cedar Grove, first-timers in the league, got their goals from a double strike by Stephan Squire and goals from Sanjay Roach, Jevan Harriott and an own-goal.

Hellshire, who are on course for the double, clipped Braeton United 1-0 in the other semi-final. Hellshire won the mid-season final with a 1-0 win over Cedar Grove.

Newcomers Spyt Fire made full use of Caribbean Classic's absence as they inched to the top of the standings in the City of Kingston Cooperative Credit Union Portmore Domino Major League competition last Sunday. Spyt Fire defeated Masterpiece 300-283 to move to 41 points, one point ahead of Classic, who were idle. Classic have won all 10 matches to date and are the mid-season champions.

All set for PFM church cricket

According to Mark Williamson, coordinator of the Power of Faith Ministries (PFM) Twenty20 Church Cricket League, "all things are in place" for the 10th season of the competition, which begins next Saturday, March 21, at the Bridgeport sport ground.

"The teams are eager to get on the pitch and start proceedings. I'm expecting a good season and I'm using this opportunity to invite members of the various churches and family and friends of the players to come out and give their support," he said.