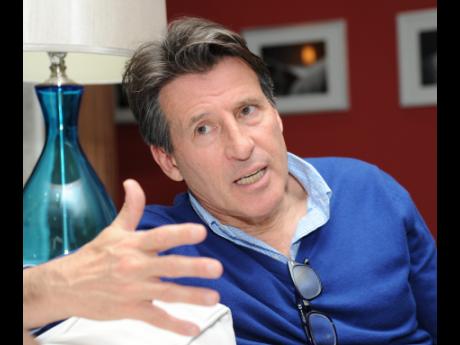 TWO-time Olympic Games gold medallist and vice-president of the International Association of Athletics Federations (IAAF), Lord Sebastian Coe, believes the future of Caribbean athletics is bright and that it behooves the sport's world governing body to invest in helping the regional sport be its best.

Coe, who is running for election to the IAAF's top post later this year, was speaking to The Gleaner exclusively from Basseterre, St Kitts, where he spent the Easter holiday watching the 44th Carifta Games at the Silver Jubilee Athletics Stadium in Basseterre.

"It's very important that events like the Carifta Games are given financial support in order to do what they do, because it's not simply about exciting crowds for two or three days, it's the most important platform for young talent to emerge on the international scene," he said.

Singling out Grenada's Kirani James, Bahamian Debbie Ferguson and Jamaicans Usain Bolt and Yohan Blake, Coe noted that many of the brightest stars of the 2012 London Olympic Games, which he spearheaded, had been stars in their own right as juniors at the Caribbean's showpiece.

"We've got to be really clear. If you look at the contribution that the Caribbean has made to track and field, it has been seismic. I can't think of any region in the world per head of population that has made such an indelible impact on track and field, particularly on the sprints," he told The Gleaner.

Coe said chairing the London Olympics was his proudest achievement, which saw tickets being sold off for 30 days of competition.

"Why did the tickets fly off the shelves as quick as they did? ... in large part, because of the quality of the athletes from the Caribbean," said Coe, who won gold medals in the 1500m for Great Britain at the 1980 Moscow and 1984 Los Angeles Olympics.

Coe has promised to review the IAAF's Regional Development Centres to help ensure they meet the needs of the association's member federations, if he is elected in August.

"If we are not about competition, we are not about anything, and the Carifta Games in St Kitts tells me this is a unique event that identifies and helps develop the most extraordinary talent.

"If what I've seen is reflected across the Caribbean, then I think the sport is in fantastic shape in the Caribbean. We have to do everything we possibly can to partner in a constructive and coherent way with federations that are delivering the sport on our behalf."