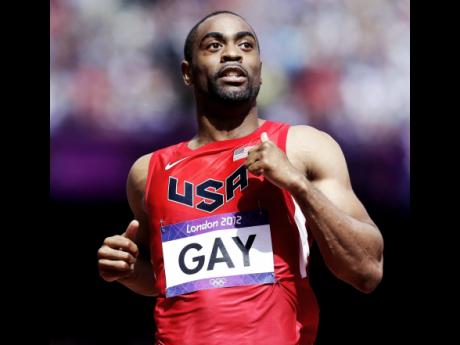 American sprinter Tyson Gay has played down suggestions that recent criticism from Jamaican Usain Bolt added motivation for him after he helped the United States to beat Jamaica in a 4x100m relay for the first time since 2007.

Bolt has been very vocal about his disappointment in Gay's expedited return to competition after the 32-year-old's backdated one-year suspension following a failed drug test for anabolic steroids at the 2013 US Outdoor Championships.

Gay's suspension was reduced after he helped doping investigators in their investigations.

"That sends the wrong message: If you do it and get caught, just tell us all you know and we'll lower your ban," Bolt said recently. "The message should be: If you cheat, you're going to be kicked out of the sport. I'm not looking forward to competing against Tyson."

However, Gay, speaking after the USA's championships record 37.38 seconds win handed Jamaica, 37.68, their first defeat in the event since their stranglehold started at the 2008 Olympic Games, claimed that he respects Bolt's opinion, while apologising for any disappointment caused by his situation.

"That's his (Bolt's) opinion and I will respect his opinion, and that's the way it is," said Gay, who ran the third leg.

"I've never deceived any kid anywhere in the world that they can't do anything that they put their hard work into. At the end of the day, my situation was understood by three organisations and they understood it was a mistake and that I went down the wrong path believing some supplements were clean, so I would like to apologise to any kid who feels deceived or think, they can't do what they want, and I would like to thank The Bahamas and all the Caribbean countries, including Jamaica, for welcoming me and understanding the situation," said a calm Gay, as Bolt listened on while sitting five persons to his left.

The American added that the comments did not serve as added motivation to try to get one over Bolt and his Jamaican teammates, noting that the focus was simply getting the win.

"A victory always feels good. It felt good getting the victory here. Besides that, the past is the past. I ask for forgiveness, but right now I'm moving forward, I check everything thoroughly and we go from there," said Gay.