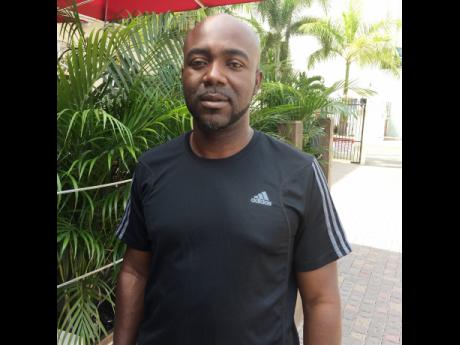 Thrown in the centre of the controversial withdrawal of Shelly-Ann Fraser-Pryce from the International Association of Athletics Federations (IAAF) World Relays, coach Jermaine Shand has finally broken his silence.

Shand was accused of being partial in his selection of the women's 4x100m team and was singled out for rejecting a request from Fraser-Pryce to run in the heats at the event, which eventually led to her coach, Stephen Francis, pulling the plug on her participation at the meet.

"Which coach would not want to work with Shelly-Ann (Fraser-Pryce) or have her in their relay line-up?" asked Shand, during an interview with The Gleaner yesterday morning.

Shand underlined that he wanted to ensure that his report to the Jamaica Athletics Administrative Association (JAAA) was submitted before he spoke publicly on the matter.

"First of all, I must point out that I have no issues with Shelly-Ann Fraser-Pryce. In fact, she was always very respectful and didn't show any disrespect to her teammates during our discussions," Shand shared, noting that he has been the subject of public contempt.

He said that at the first coaches' meeting in The Bahamas on the morning of Friday, May 1, which involved technical director Maurice Wilson, head coach Michael Clarke, Paul Francis, Bert Cameron and himself, he was advised that he would take charge of the women's 4x100m unit of Simone Facey, Natasha Morrison, Veronica Campbell-Brown, Kerron Stewart, Schillonie Calvert and Sherone Simpson, with Campbell-Brown only available for the final.

"I was told to prepare a team for the heats from that list and a potential team for the final. After the meeting, we went to the track for baton exchange training and towards the end of the session, I was approached by Shelly-Ann Fraser-Pryce and she said to me, 'my coach scratched me from the 4x200m and he wants me to run the 4x100m'," Shand said.

"She noted that it seemed as if I already had the 4x100m team in place, but she was just telling me and following the instruction of the coach. I told her I understood and that she would be included for the finals. She asked which leg she would be running and I told her the third leg," continued Shand, who has featured on coaching panels to the 2013 IAAF World Championships, last year's IAAF World Relays, as well as three straight Penn Relays teams.

"She said 'ok' and went back to the team's tent. She came back to me and said 'my coach wanted me to start the relay because he wants me to get some block practice'.

"I told her that we would look into her starting the relay. Shelly-Ann (Fraser-Pryce) then added that her coach said that she is also available for the heat, but that she noticed that the team is set and that she didn't want any problems because the team was already in training, but she was following the coach's instruction," said Shand.

The coach stated that he told Fraser-Pryce that her request would be looked at and then updated Wilson, who in turn agreed that the athlete be facilitated for the final.

"On Saturday afternoon, I was told that she might no longer be available for the final," Shand said.

Francis reportedly told high-level team officials that Fraser-Pryce would only be available for the final if she was allowed to run the heat as well.

Pointing out that all team selection decisions were taken with the consensus and participation of all the coaches on the panel, which included Wilson and MVP's Paul Francis, Shand said he was deeply troubled by the accusations.

"It is really unfair to me. I feel very bad about all of this. I was not there as a personal coach, I was there to do a national duty and my aim is always to select the best available at the time to represent the country. I wasn't there to look after anyone or to insist that anyone runs because of any association," said Shand.

"At no time did I contact Glen Mills about anything concerning the team. Also, it is strange because Racers athlete Schillonie Calvert, for instance, was never a part of my original team for the final that I submitted and was only added after the technical director said she had to be because she met all criteria because we had been going by times for everyone else and consistency was important."