Tony Becca: The Australians are here 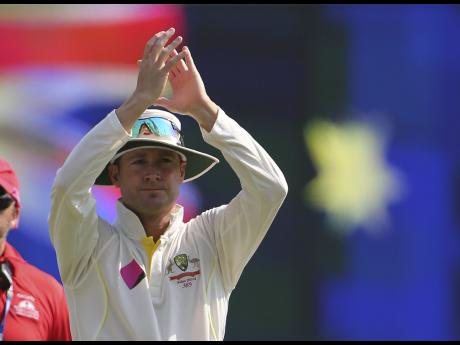 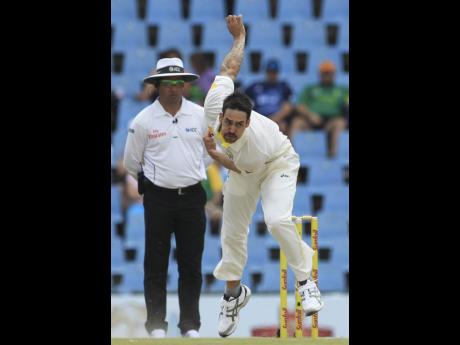 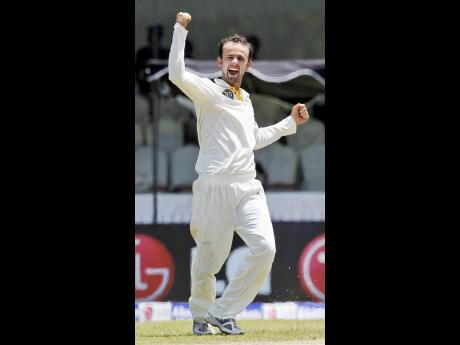 SIXTY YEARS ago,Australia, with their ‘Baggy Green’ on top, with men like Neil Harvey and Colin McDonald as batsmen, Keith Miller and Ray Lindwall as fast bowlers, Richie Benaud as a right-arm leg-spinner and Gil Langley as the wicketkeeper, landed in Jamaica for their first tour of the West Indies. It was a wonderful series from start to finish.

The Aussies, the 'Kangaroos', were almost the top boys in cricket. They played five Test matches, and they won 3-0 with their best effort coming in the final Test in Sabina Park when, after two wickets had fallen for seven runs in reply to the West Indies 357, they blasted 758 for eight declared with five batsmen - McDonald (127), Harvey (204), Miller (109), Ron Archer (128), Benaud (121) - ticking off centuries.

The series, however, was not all that one-sided.

In the first Test at Sabina Park, Collie Smith scored a century on debut, and in the fourth Test, after Australia had scored 668, the West Indies were toppling at 147 for six before captain Denis Atkinson (219) and Clairmonte Depeiza (122) shared a world-record seventh-wicket partnership of 347 to take the West Indies to 510 and safety.

Not much has changed since those days, except that Pakistan, Sri Lanka, Zimbabwe and Bangladesh have joined the party; that there will only be two Test matches this time around; that Australia are not expected to enjoy such huge total; that Australia, who were number two at that time, are number two again and the West Indies, who went on to become the champions of the world, are settled, uncomfortably, near the foot of the rankings.

It is, therefore, a battle between two teams, Australia, who are getting ready for the big Ashes series to come against England, and the West Indies, who, once again, are seen as mere cannon fodder, or as providing nothing better than simple match practice for Australia for their contest immediately ahead.

Apart from defeating the West Indies in all of their last six series, winning 5-0 once and losing only one Test match in the process, Australia are strong, very strong in batting, bowling, fielding, and captaincy, and are fancied to win not one but both Test matches.

In Michael Clarke, they boast a good captain - probably the best in the world. In Clarke, David Warner and Steve Smith, they parade a good batting team. In Mitchell Johnson, Mitchell Starc, Josh Hazlewood and Peter Siddle, they boast a good pace attack. In Nathan Lyon, they have a good, fluent off-spin bowler and together, they parade a good fielding team headed by close-to-the-wicket catchers, Clarke and Smith.

Added to that Smith's 769 runs, four centuries at an average of 128.12 in one season of four Test matches against India, Johnson's tally of 283 wickets at an average of 27; and Australia must be brimful of confidence.

Against those glowing figures, the West Indies have no one to compare.

Little David, to the surprise of the multitude present, slew big Goliath with one blow to the forehead by a single shot from his sling.

It should not happen in these modern days, and one moment of brilliance cannot and should not beat Australia.

A lot, however, will depend on the youngsters although Kraigg Brathwaite is limited in his experience and stroke play; Shai Hope does not seem technically ready for the occasion, certainly not as an opening batsman; and Jermaine Blackwood may need to tighten up his defence and curb his natural tendency to attack, especially so early in his innings.

Brathwaite is talented and promising, and blessed with unwavering powers of concentration. One never knows, but Hope may step up and Blackwood fears no one - not even Johnson, Starc and company.

Bravo and Samuels, however, will have to lead the way in what appears to be a fragile batting line-up and against an Australia attack which may be too hot to handle.

If Bravo and Samuels are in the mood, if they find the confidence to stay toe to toe with the overconfident Aussies in this matchup of number two versus number eight, the youngsters may be inspired.

The West Indies bowlers, however, will be hard-pressed to stay in the contest, once Clarke, Warner, Smith, and the hard-hitting Shane Watson get going, and once Johnson, Starc, Lyon and company bowl well.

It may all depend on the fortunes of Bravo and Samuels, Jerome Taylor, the gifted Jason Holder, Devendra Bishoo, as well the ability of captain Denesh Ramdin to know when to bat and when not to, to use his bowlers properly, and to set good fields, especially for the leg-spinners of Bishoo.

Who will win this short contest? It looks like it will be Australia with their 'Baggy Green' on a canter, but with the series so short, and with the Ashes probably uppermost in their minds, the boys under the maroon cap have a chance to share it or possibly to spring another surprise - this time a really, really a big surprise.