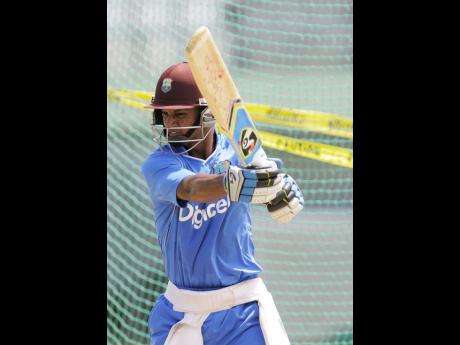 File
Shane Dowrich ... could replace Shiv Chanderpaul in the team.

Lowly ranked West Indies, anxious to build on a momentum gained from a one-all draw with England, are seeking to ignite the end of a 20-year domination by highly placed Australia when the two sides begin the first of a short Test series here today.

Morale is said to be high in a West Indies team packed with young players who appear undaunted by the prospects of David-and-Goliath-like contests that loom in Roseau and Kingston.

West Indies, eighth in the ICC Test rankings, above Bangladesh and Zimbabwe, are planning to take the fight to Australia, who are second to South Africa and who have not played a Test since January.

"I think we are in a good frame of mind after the last Test match with a win against England and a good week in Barbados," captain Denesh Ramdin said yesterday after an intense one-week training camp in Bridgetown to prepare for the series.

need to stand up

"We did some good things, and hopefully we could carry that into the game. We know that they are a good team. They will come hard at us and we need to stand up as big men and be counted for."

The Aussies, on the other hand, will be eager to take on a Caribbean side without Shiv Chanderpaul, who has played nine home series against them, scoring five centuries and averaging 80.38 in the process.

The middle-order vacancy created by Chanderpaul's controversial exit is likely to be filled by Shane Dowrich, who impressed with half-centuries in his two innings for the President's XI during the tour match.

The Aussies suffered a setback with opening batsman Chris Rogers ruled out because of symptoms of concussion after being struck on the helmet by a local bowler in the nets on Sunday.

He is expected to be replaced by Shaun Marsh, who scored an impressive hundred in the tourists' lone warm-up match against the President's XI in Antigua.

The first match between Windies and the Aussies is the fourth time a Test is being played at Windsor Park, where spin is said to be king.

Of the 101 wickets that have fallen at Windsor Park, spinners have claimed 58, leaving the two sides pondering their spin options.

West Indies have not beaten Australia in a Test match in 12 years and in a series in 23 years.