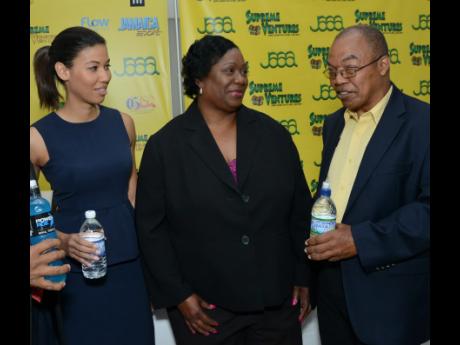 Having done and seen it from all four corners of the globe, six-time Olympic gold medallist Usain Bolt could return to his backyard for inspiration, amid early-season-form worries.

Bolt's plan is 'protect his legacy', and, to do so, the iconic Jamaican has expressed an intent to run in the upcoming Jamaica Athletics Administrative Association (JAAA)/Supreme Ventures National Senior Championships set for June 25-28, inside the National Stadium.

That race could be a yardstick for the sprint king, who seems to lack race form, ahead of this summer's IAAF World Championships, where he will be defending titles in the 100m and 200m.

Bolt's possible appearance at the championship was a major talking point as the title sponsors Supreme Ventures Limited also announced an increase in sponsorship for this year's staging.

"The honourable Mr Usain Bolt has indicated that he may well be participating as he seeks to become race sharp for his encounter in Beijing," said JAAA boss Warren Blake at the event's launch, held at the Spanish Court Hotel in New Kingston, yesterday.

"He (Usain Bolt) indicated that ... his coach permitting, would like to run in our trials, so we are just waiting to see his application form come in to put him on it," Blake pointed out.

"That would pull some crowds into the National Stadium," the JAAA boss admitted to The Gleaner.

The championships will serve as a qualifier to the IAAF World Championships, Pan Am Games as well as the North America, Central America and Caribbean Athletic Federations (NACAC) Championships, this year.

Most of the island's top seniors will be competing at the national trials and are required to do so to secure spots on the World Championships team. However, athletes, like Bolt, who are defending world champions in their respective events and those who won diamond race titles last season, are exempt from qualifying, having received wild card entries.

"We are expecting really a very wonderful event. We expect to see great competition in the 400 metres, in the sprints, we expect to see significant performances," Blake concluded.

The Bleachers section will be opened on Friday only for $500.

Title sponsor Supreme ventures has upped its package by two million this year. Sonia Davidson, VP Group Corporate Communications noted, "Supreme Ventures is pleased to renew our long-term commitment to the JAAA for title sponsorship of this annual event, which brings the best of Jamaica's talent in track and field to centre stage at the National Stadium."