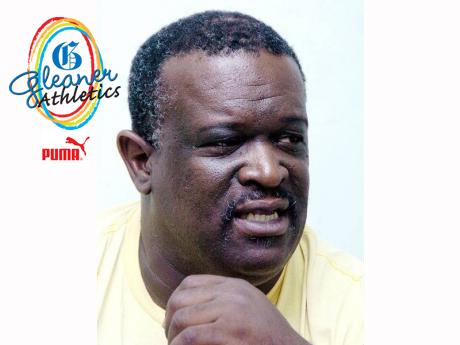 File Photo
MVP Track Club boss Stephen Francis ... "Elaine [Thompson] has been preparing for the 200 metres and at this stage of their career we do not let our sprinters do more than one event."

MVP Track Club boss Stephen Francis is making it clear that fast charging sprinter Elaine Thompson was not being kept away from Shelly-Ann Fraser-Pryce, noting that her development is in line with the club's plans.

Only Fraser-Pryce has gone faster than Thompson as a Jamaican in the 100m this year with the ever-improving sprinter posting a best of 10.84 this season in the event. Her non entry in the 100m, which was won by Fraser-Pryce in 10.79 on Friday night, was criticised by members of the public, who felt she was being prevented from competing in her best event.

However, Francis was quick to dismiss that notion, underlining that the young sprinter has always being groomed to focus on one event and that her best chance at this stage is in the longer sprint.

"Elaine [Thompson] has been preparing for the 200 metres and at this stage of their career we do not let our sprinters do more than one event. We had to choose between the 100m and the 200m and we are very confident that she can win the 200m here and in Beijing and if not this year then next year," Francis said, while noting that there were concerns that Thompson's poor first 40m in the 100m may hamper her this season.

"She [Thompson] has been a bit shady with her starts and has been struggling here and running the 200m would have been more beneficial for her," said Francis who predicted that his young charge will take down some big names in the 200m this year.

Thompson shares the fastest 200m by a Jamaican this year with Fraser-Pryce with a time of 22.37.