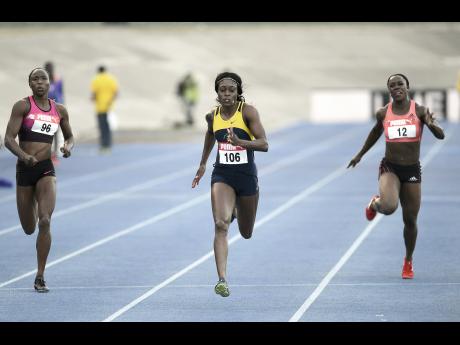 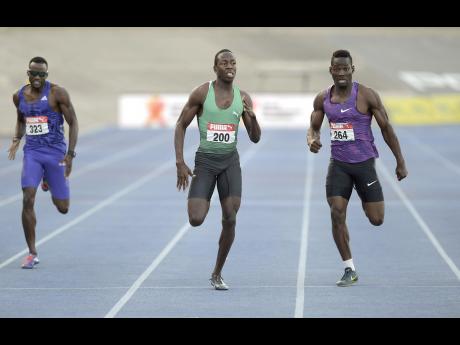 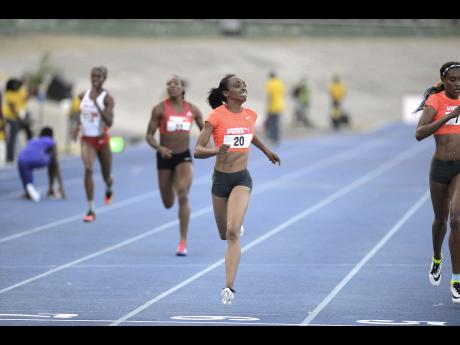 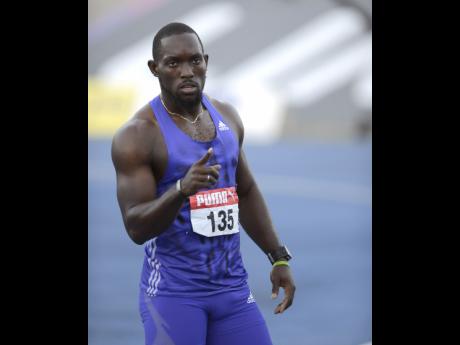 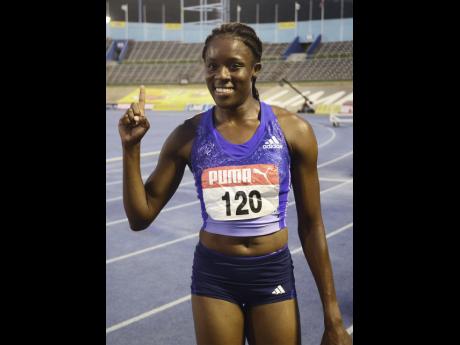 Elaine Thompson celebrated her birthday with a solid win in the women's 200m, while Christine Day produced a shocker in the women's 400m final as the Jamaica Athletics Administrative Association (JAAA)/Supreme Ventures Limited National Senior Championships came to a close inside the National Stadium last night.

Nickel Ashmeade added to his 100m second-place finish with a powerful win in the 200m, with Kimberly Williams (triple jump), O'Dayne Richards (shot put) and Javon Francis (400m) all obliged to win their respective events as expected.

Thompson's coach, Stephen Francis, is convinced that the now 23-year-old University of Technology student will be a force to be reckoned with in the half-lap event within the next two seasons, and she showed why, coming off the curve in front before relaxing to beat an experienced field, stopping the clock at 22.51 with a -2.4 mps head wind to contend with.

Sherone Simpson was second in 22.77, with Veronica Campbell-Brown - the two-time Olympic gold medallist - crossing the line third in 23.02.

"There really was no pressure on me," said Thompson in reference to the controversy surrounding her entry in the 200m, as opposed to the 100m, where her 10.84 seconds make her the second-fastest Jamaican this year. "Which is my favourite event? I don't know, but I guess we will see."

In the men's 200m, Nickel Ashmeade, 20.36, showed good strength to hold off a fast-finishing Warren Weir, 20.40, who seems to be working himself into shape in the right time, with Julian Forte, who came off the curve in the lead, taking third place in 20.51.

The biggest shock of the evening came in the women's 400m, where Christine Day got one over her more recognised training partner, Stephenie McPherson, with the wiry Day outsprinting the Commonwealth champion to finish in 50.16 - the same time she ran at last year's trials to finish in second place.

Javon Francis led from start to finish to win the men's 400m in 44.70, but he had to survive a late charge from Rusheen McDonald, who stopped the clock at 44.73, with Peter Matthews, 45.24, getting third after Ricardo Chambers, who was third across the line, was disqualified for a lane violation.

"I give God thanks that I could come here and win in front of my fans. I want to thank my coach and my supporters," said Francis.

O'Dayne Richards, the Commonwealth Games champion, won the shot put in 20.13m, a mark that left him bitterly disappointed.

"That was terrible. My energy level wasn't right coming in, I didn't feel that zest like I did in training. I came in wanting to do very well and, maybe, I was a bit too anxious and that cause my underperformance," said Richards.

All entries for the World Championships set for Beijing, China, must be submitted by August 10, 2015.