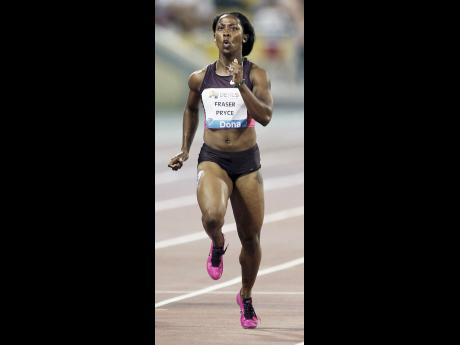 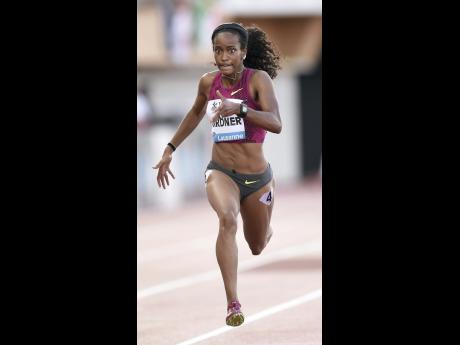 The line-up for the women's 100 metres at Saturday's Diamond League meeting in Paris will be very hot, with five of the women already dipping under 11 seconds this season.

This group is headed by joint world leaders Shelly-Ann Fraser-Pryce of Jamaica and the United States' English Gardener, who have recorded 10.79 seconds.

With 10.79 seconds to spearhead this very strong line-up, Fraser-Pryce's last two runs have been brilliant, as after her close win over the Ivory Coast's Murielle Ahoure at the Prefontaine Classic Diamond League meeting in Eugene, Oregon, where both clocked 10.81 seconds, she followed up that with an even more impressive run at the Jamaica National Championships last Friday.

There, she recorded a runaway victory in 10.79.

On the same day, Gardner, competing in the semi-finals of the United States trials in Eugene, also logged 10.79 seconds to show that she is also in top form. At that same venue, Gardner clocked 10.84 seconds in edging out Jamaica's Elaine Thompson in a 100m 'B' race at the Prefontaine Classic.

After her fast clocking to win at the trials, Fraser-Pryce's coach, Stephen Francis, stated that he was not pleased with the time as he thought she did not execute well in the last 30 metres.

While both athletes have the joint fastest time, the field is loaded with speed as Ahoure, who lost to Fraser-Pryce in a photo finish when both clocked identical 10.81 seconds, will be coming to avenge that defeat, while the likes of Nigeria's Blessing Okagbare (10.87) and Dutch wonder girl Dafne Schippers, with a season best of 10.97, will also be backing themselves to win.

Also included in the field is Natasha Morrison, who finished second at the National Senior Championships in a personal best 11.03 seconds last week and will want to make her name on the big stage.