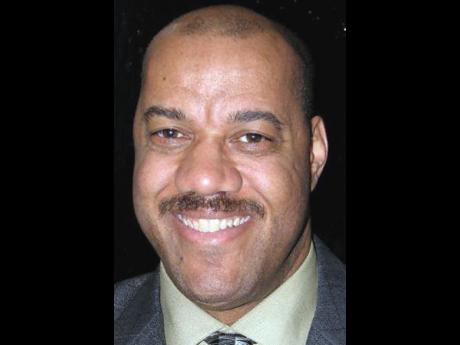 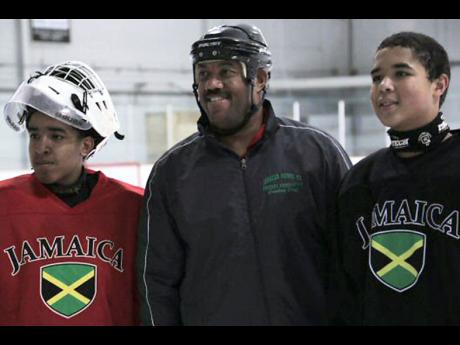 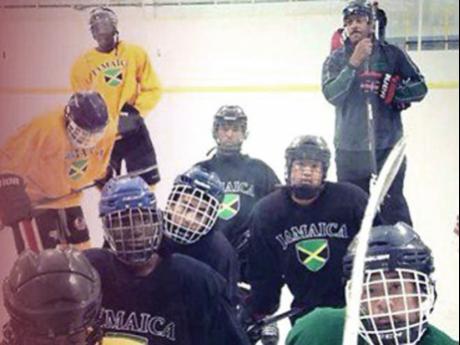 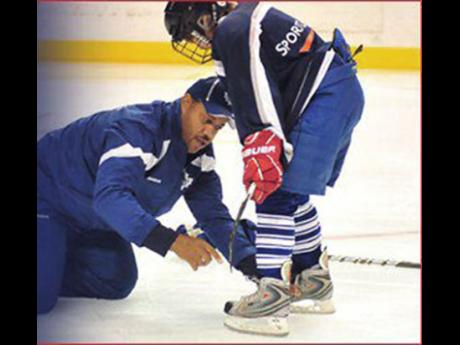 A team representing Jamaica is taking the country's first skate in ice hockey competition in Canada.

Coached by Jamaican-born Graeme Townshend, Team Jamaica, which is comprised of mostly descendants of Jamaicans living in Canada, the United States and Europe, is participating in an Under-18 tournament that begun yesterday and ends today in Ontario.

According to Townshend, who played five seasons in the National Hockey League (NHL), North America's premier professional competition, the tournament will be the first step in an admittedly long road towards producing a Jamaican team capable of competing in global games, including the Winter Olympics.

"We've put together a team to represent Jamaica," he explained recently, "to showcase the youths to higher level.

"This will be the first time in competition. This is gonna be a historic event for us, for hockey to have the first Jamaican team playing in a hockey tournament."

Team members earned their places through tryouts. Due to lack of numbers, however, the squad's composition has a multi-national flavour.

"Majority of the kids are Jamaican descent, but not all," explained Townshend, former skating coach for the NHL's Toronto Maple Leafs and influence behind Townshend Hockey Skating Systems in Canada. "We had to select a few who were not [of Jamaican descent] to fill out the roster."

Townshend hopes future rosters will include players born in Jamaica. He and members from the Jamaica Olympic Ice Hockey Federation visited Jamaica in February to discuss developing the sport with various interests, including government leaders. They also toured possible sites for building an ice hockey arena.

"We've already got the approval," Townshend said. "They've given their support."

He declined to identify the location for the arena and conceded a major program advance will depend on the response of potential investors.

However, he's enthusiastic about Jamaica's potential to play ice hockey, normally the domain of countries with cold winters.

Despite the inexperience of Jamaica's squad, Townshend believes his team is primed for success in its first outing.

"We don't just want to be competitive," he said. "We want to win for sure."

While Townshend's passion is unmistakable, hockey wasn't his only love. He didn't start skating until age eight, after his parents Yvonne and Errol migrated with him and another sibling. His first organised ice hockey game came at 10, about five years later than most Canadian players. He was also passionate about football and water polo.

But by his late teens, Townshend focused on hockey, realising it offered "better opportunities". He earned a college scholarship to Rensselaer Polytechnic Institute in New York, then played several seasons in the professional minor leagues. He was promoted to the NHL where, as a forward, he represented the Boston Bruins, New York Islanders and Ottawa Senators between 1990 and 1994, scoring three goals in over 40 NHL games.

Townshend doesn't remember much about Jamaica before migrating, except his grandfather's tree where he "used to pick mangoes". He only visited the island about three times through his teens, but never lost his roots.

"I always identified myself as Jamaican," he explained. "As I grew older, I considered myself Canadian as well. But I was born Jamaican and raised by Jamaicans."

When he returned to Jamaica in February, the first time in about 25 years, Townshend experienced a welcome rush.

While there he embraced a sport he rejected as a child despite his dad's urging to play.

"I fell in love with cricket," said Townshend after watching televised games during World Cup 2015.

He hopes Jamaicans will embrace ice hockey and is confident a skating rink will soon be ready on the island.

"We're close," said Townshend. "I think in a year or two we'd like to start building."

He then wants to start a league, one of multiple requirements to qualify Jamaica for global tournaments like the Olympics.

It's not, however, impossible. The bobsled team proved Jamaica's resilience in sports uncommon to the island. Ice hockey's Cool Runnings journey begun with the country's first competitive skate yesterday.

"You have to start somewhere," said Townshend, "and this is it."