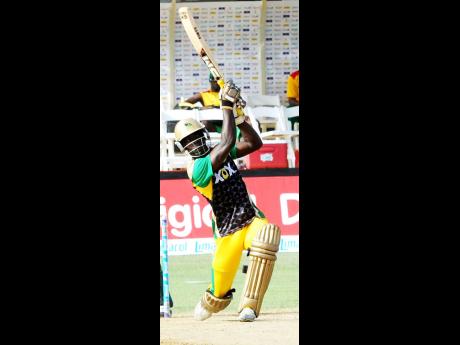 Wicketkeeper Walton, in one of his best batting performances in the format, struck three massive sixes and nine fours on his way to making 76, as the Tallawahs, set 159 for victory, achieved their target at 159 for one.

Gayle, who, for much of the pair's innings, played second fiddle and finished unbeaten on 64 after striking five sixes and three fours.

The pair also put on 119 for the first wicket, the second century partnership of the tournament, before Walton was dismissed, caught at mid-on off fast bowler, Fidel Edwards

Earlier, the Tallawahs playing before a big and noisy home crowd, were led in the field by left-arm pacer Krishmar Santokie, who ended with two for 29.

Jamaica will next play the Dwayne Bravo-led Trinidad and Tobago Red Steel at the same venue tomorrow starting at 6 p.m.