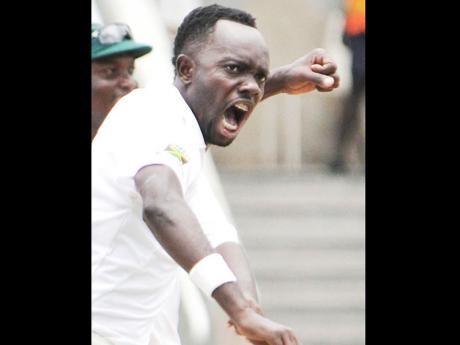 Champion left-arm spinner Nikita Miller, has been ruled out of the Jamaica Tallawahs Caribbean Premier League (CPL) team against defending champions Barbados, with a finger injury.

The match will be played tomorrow at Sabina Park starting at 6 p.m.

The Tallawahs’ head coach Junior Bennett told The Gleaner in an interview today that Miller’s injury was caused after he met in an accident in Portmore on Monday.

Bennett says Miller’s absence will be a big blow to the Tallawahs’ bowling unit.

“He is one of our best spinners and so we are definitely going to miss him a lot,” said Bennett. “However, he definitely will be back as soon as possible as his finger is heel.

Bennett added that there is still a lot of games left in the competition and they are not going to rush Miller back into the action.

“He is not going play tomorrow because we are not going to risk his finger in a match like this,” Bennett said.

“We have to look at the business end of the tournament and so we are not going to rush him into action,” he said.

Miller has so far taken one wicket from four matches in this year’s CPL.