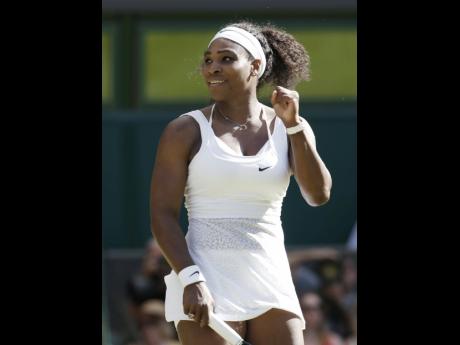 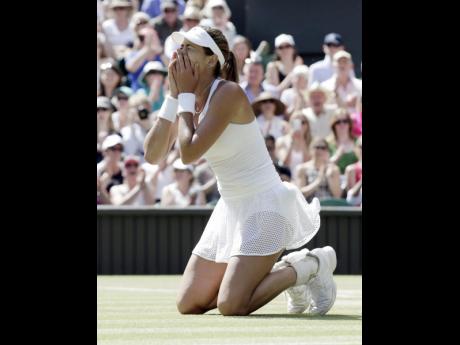 Her game in high gear, history in the offing, Serena Williams is perfectly content to let everyone else talk about what a victory in the Wimbledon final would mean.

A 'Serena Slam' of four consecutive major titles. The third leg of a calendar-year Grand Slam. A 21st major singles trophy, one short of the Open-era record.

For now, the No. 1-seeded Williams is keeping her thoughts to herself, declaring she won't entertain questions about those topics, even after easily dismissing No. 4 Maria Sharapova 6-2, 6-4 in the semi-finals at the All England Club yesterday to close in on the milestones.

Williams is doing plenty right at the moment. Particularly against Sharapova, whom she's beaten 17 times in a row.

Williams hit 13 aces, reaching 123 mph. Fewer than half her serves were put in play. She never faced a break point, and was pushed to deuce just once on her serve.

Tomorrow, with so much at stake, Williams will face No. 20 Garbine Muguruza of Spain, who advanced to her first Grand Slam final by eliminating No. 13 Agnieszka Radwanska of Poland 6-2, 3-6, 6-3.

"If you want to win a Grand Slam, when you dream, you say, 'I want Serena in the final,'" the 21-year-old Muguruza said. "She's like one of the best players in all these years."

Five women have won four consecutive Grand Slam tournaments - and Williams already is among that group, having done it from 2002-03. Only three have pulled off a true Grand Slam, winning all four majors in a single season; Steffi Graf was the last, in 1988.