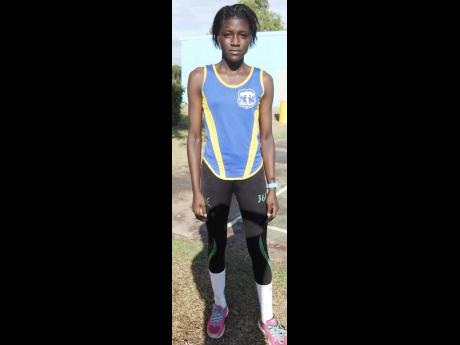 The University of Technology (UTech) duo of Shimayra Williams and Kimarley Brown picked up silver medals after finishing second in their respective 100-metre events.

Williams clocked 11.46 seconds behind Viktoriya Zyabkina of Kazakhstan won gold in 11.23 with Russia's Elena Kozlova taking the bronze in 11.47. Jamaica's other finalist, Kedisha Dallas, was fifth in 11.49.

Brown came close to his season best of 10.11 after clocking 10.12 in the men's 100m final. He ran on very strongly in the final 40 metres after finding himself in mid pack after 60m. South Africa's Akani Simbine took gold in 9.97 as Turkey's Ramil Guliyev (10.16) grabbed the bronze.

Earlier, three Jamaican athletes advanced to the next round of their events in the morning session. National 100m hurdles champion, Danielle Williams, looked good in advancing to the final of the event after winning her heat in 13.08 to be the fastest overall qualifier.

There were mixed fortunes for Jamaica in the afternoon session. UTech's Simoya Campbell advanced to the women's 800m final, but there was no luck for Johnson C. Smith University student Tovea Jenkins in the 400m. Campbell was second in her semi-final in 2:03.10.