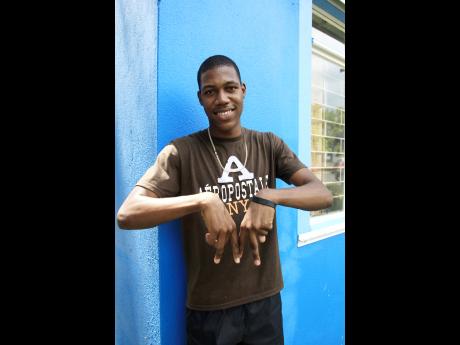 Pleased with his adjustment to life as a professional athlete, freshly minted British 200m champion Zharnel Hughes - the former Kingston College standout, is looking forward to next month's World Championships in Beijing, China.

Hughes competed in the 200m at yesterday's IAAF Diamond League meet in Lausanne, Switzerland, where he won in a personal best 20.13 seconds, in his first race since taking the British title in 20.42 earlier this month.

The 19-year-old Anguillan native has been a fixture in the British press in the build-up to the championships with many discussing his entry as an Anguilla-born athlete, while hailing him as Great Britain's answer to Jamaican superstar Usain Bolt.

He is the first to agree that he has quite a way to go before that can become a serious discussion, but he has already taken the first steps towards realising that potential and is looking forward to taking that a few steps further in China next month.

"I can't complain about how things have been going this season, everything has been going great, everything has been going to plan, so I'm just trying to get focused and get through all the races and get myself prepared for the World Championships," said Hughes. "Before the season started, I set my goals and what I wanted to achieve. I knew it wouldn't be easy. I changed the way I trained and changed my focus all together, so I think that's why it has been going so great and I hope to continue to improve."

"Qualifying for the World Championships and representing Team GB is a major accomplishment for me. I wanted to run for a country that I knew would be behind me - and Anguilla is always behind me, but to represent a country at this level is a great experience. Being apart of Team GB will help me a lot in terms of facilities and other support, it's a big stepping stone and I'm ready for the challenge," Hughes said before sharing his target.

But his entry into the British trials wasn't always seen as a good thing with many commentators questioning whether or not athletes born outside of the country were depriving their British-born counterparts of an opportunity to represent the team.

Hughes has held British nationality since birth due to the fact that his native Anguilla is an Overseas British Territory.

"So far, everybody seems to have accepted me and I am pleased with that, and as I progress throughout the season and my career I hope that support will continue," Hughes noted.

The youngster pushed Bolt to the line at the New York Diamond League earlier this month - a result that also got him some extra attention in the United Kingdom, but as he pointed out to The Gleaner, Bolt and his other club-mates at the Racers Track Club have been constant motivators for him.

"(Yohan) Blake mostly (encourages me), he will encourage me a lot," said Hughes. "(Usain) Bolt tells me to stay away from the inside curve line because I sometimes run close to it, so he always tells me to avoid the line, but Blake gives me advice most of the time."