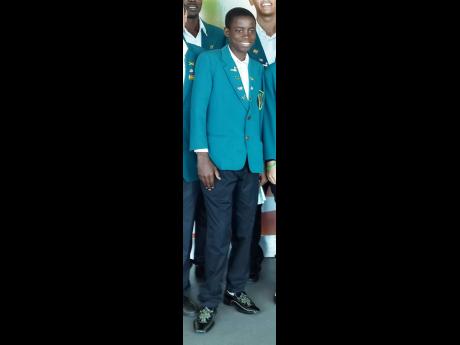 Romaine Evans, one of the most accomplished golfers in the Sandals Junior golf programme, played steady rounds to pull off a win in the Boys' 17 and under category at the Caribbean Amateur Golf Championships (CAGC) in the US Virgin Islands this week. This victory is significant as Jamaica has not won an individual title in at least a decade.

Evans, who has represented Jamaica several times at the CAGC, had rounds of 79, 78 and 74. He ended the championships on 231 strokes, four shots ahead of Rodrigo Sanchez of the Dominican Republic. Trinidad & Tobago juniors took the third and fourth spots with total scores of 236 and 239. Jordan Lowe and Griffin McCloy, who also played in this category were 13th and 14th.

In the Boys' 15 and under, Justin Burrowes finished in eighth position, Sebert Walker Jr was 10th, Max McCloy was 12th. Luke Chin, who played in the Boys' 11-13 category, ended the tournament in fifth place. Tristan Brown, who made his first appearance on the Jamaican team this year, finished seventh.

The team returned to the island yesterday.