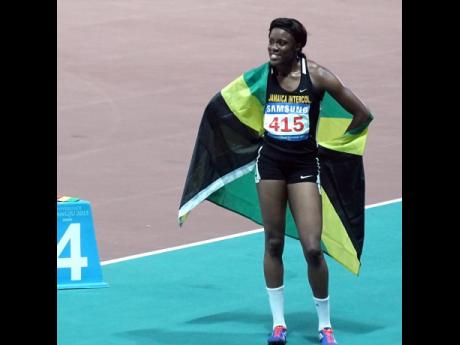 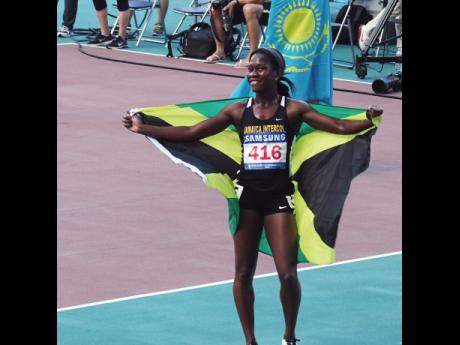 The big winner was national 100-metre hurdles champion Danielle Williams who won the event in 12.78 seconds ahead of Russia's Nina Marozova (12.83) and Australia's Michelle Jenneke (12.94).

The gold was one of three medals for Jamaica on the third day of competition in track and field. The country's overall tally now stands at five - one gold, three silver and one bronze. The tally has so far surpassed the performance of two years ago in Kazan, Russia where Jamaica won four medals - one silver and three bronze.

Williams who will be in Beijing for next month's IAAF World Championships had mixed feelings about her victory.

"I am really happy for the win as this is my first major world title. So, I am extremely grateful for that but I am not pleased with the time as I did not execute my race well as I made some minor mistakes which resulted in the time being slower than I expected," said Williams who also revealed that she was confident of victory coming into the Games.

Middle distance runner Simoya Campbell and Kedisha Dallas were the other medal winners for Jamaica yesterday.

Campbell clocked a personal-best 1:59.26 for silver in the 800m while Kedisha Dallas took bronze in the 200 metres.

After placing fourth in the 100m, Dallas made up for that effort by recording a personal-best 23.24 for bronze in the 200m. It was also personal best for gold medal winner Viktoriya Zyabkina (22.75) of Kazakhstan who completed the sprint double. Akeyia Mitchell (22.95) of the United States was second.

Jamaica's other finalist on the day, G.C. Foster College's Ronda Whyte, could only manage sixth in the women's 400-metre hurdles in 57.26 seconds.