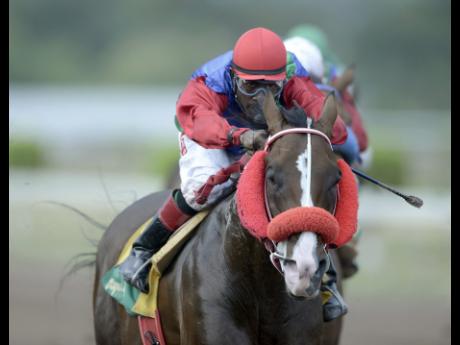 Having stunned punters with the 35-1 outsider SUPERLUMINAL in the St Leger classic on the previous Saturday, veteran trainer Harry Parsard and jockey Paul 'Country' Francis teamed up once again yesterday to win the Reggae Trophy grade one feature over the straight with topweight UPPA TUNE.

Installed a 7-5 favourite, the versatile and consistent American six-year-old horse outclassed his five opponents to win by 11/2 lengths from stable-companion PETE'S WILDONE (5-1), with long-time leader CRUCIAL APPEAL (2-1) fading into third. Significantly, both UPPA TUNE and PETE'SWILDONE finished first and second last year for the Parsards as well. Back then, both were trained by Parsard's son, Ian.

Parsard disclosed that the plan was to rest both horses for an extended period after they had run in the Viceroy Trophy over 1800 metres on June 27, but had a change of heart.

"We were encouraged to run them in this race for fear of the race falling through due to insufficient entries, and it turned out to be the right decision," said Harry.