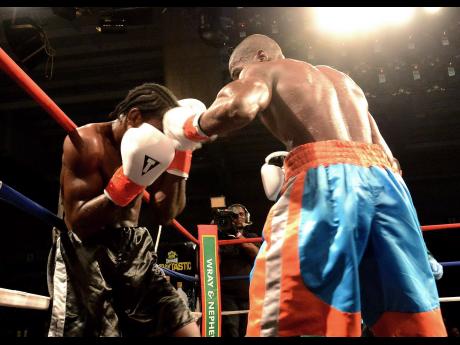 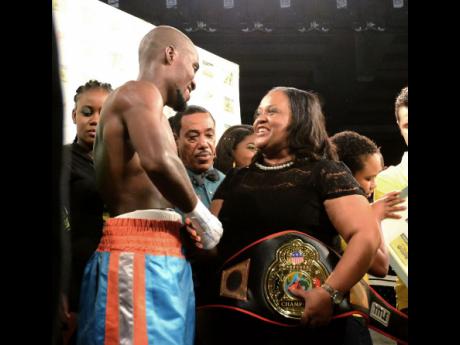 It was a thrilling performance from a promising athlete, and the feeling among spectators at the venue was that Jamaica has a new boxing star on the horizon.

He was presented with the Contender Middleweight 2015 belt by Natalie Neita Headley, the minister with responsibility for sports. He also received the main prize, a cheque for $2 million, while runner-up Holmes collected $500,000.

After an exciting semi-final performance, in which he overwhelmed the 2013 champion, Devon Moncriffe, Russell was posted as the favourite to win the competition, and he did not disappoint his supporters. The first round was competitive, and was actually won by Holmes, but Russell never looked back after that.

He went into action immediately as the second round started, and put on one of the finest displays of jabbing and power punching ever seen in Jamaica. The hard work that he put in with his trainer, Carlton Carew, paid rich dividends. He was always on the attack, and never gave Holmes a breather.

He set up his attacks behind the jab, and followed up with hooks and uppercuts. His jabs were delivered rapidly and in abundance, and there were unusual sequences of four and five jabs being delivered in quick succession. Holmes tried hard to keep him at bay, but it was impossible to do so, and when he tried holding, that, too, proved fruitless.

After their fighter received a constant barrage of hard punches in the fifth round, Holmes' corner signalled to referee Eion Jardine that he had had enough, and he called a halt to the fight, giving Russell a tko victory. He is now 7-0, with five stoppages.

Speaking to The Gleaner afterwards, Holmes paid tribute to his opponent by saying, "Kemahl is the best boxer that I have ever fought. He also hit the hardest. He is really good, and is a superstar of the future for Jamaica."

Russell told The Gleaner that he really enjoyed the fight.

"I worked very hard for this title, and winning it was good. Feeling the belt around my waist was great, and I will wear it with pride. At the end of the fight, it was like drinking a cold glass of water on a hot day. I am feeling great, and believe it or not, I am anxious to move forward immediately," Russell said.

In other fights on the card, Guyanese Edmond DeClou avenged his defeat by Kevin Hylton early in the Contender competition. He won easily this time, by unanimous decision. The semi-final bout between Sakima Mullings and Quincy Gomes saw Mullings winning by fifth-round tko. Gomes was overmatched, and the fight that was scheduled for eight rounds turned out to be a good workout for Mullings until referee Ransford Burton called a halt.

In the lone amateur bout on the programme, Graffique King from the JDF scored a majority decision over Janathan Hanson from Tiger Gym.