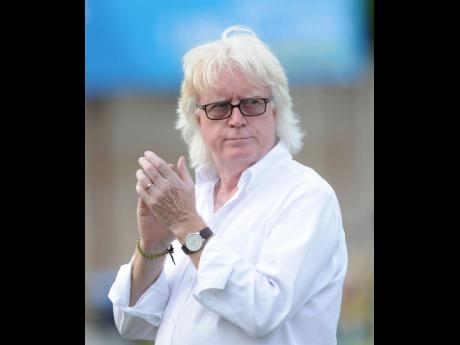 HAVING drawn their opening Group B match and with another tomorrow, Reggae Boyz head coach Winfried Schäfer said nothing else mattered but maximum points against Canada against whom they won 1-0 on Saturday at BBVA Compass Stadium here.

He had seen his team battle determinedly without success, as they unleashed 21 shots while creating chances all evening.

"Our great team spirit is the winner. The players fought 90 minutes for Jamaica, the players want to win for Jamaica, everybody is happy," Schäfer added of the match played in a sweltering 88?F, 65 per cent humidity, forcing Cuban referee Yadel Martinez to call a halt to proceedings with a heat break at the 33rd minute.

Schäfer , who won the German Bundesliga title as a player, said team spirit was key to their goals.

"The team spirit is fantastic," he remarked.

"Jamaica is not like Argentina, which has a player like Lionel Messi to lift the team ... so team spirit is important," the 65-year-old said, adding that "Jobi's (Joel McAnuff) goal against Costa Rica gives the team a lot of power."

That McAnuff finish was from the previous game, a magnificent solo goal in the second half of their opening encounter, which ended 2-2 at StubHub Center in Los Angeles last Wednesday.

"For the next match against El Salvador in Toronto, there's not so much pressure," said Schäfer , who pointed out that he has 23 players on his roster, and could make changes.

"We have Michael Hector, who played at Copa. We've local striker Andre Clennon, of local club Arnett Gardens. We've 23 players, we'll see," the coach said, weighing up his options. All players are together, all players know that when you have a good match, you've success."