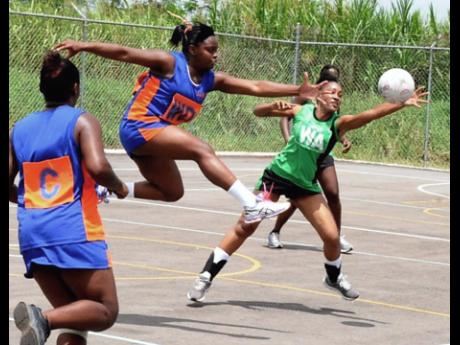 Westlanders continued their dominance of netball in Westmoreland on Saturday by winning the Dwayne Vaz Netball Rally at the Frome Sports Complex.

The two-time defending champions whipped Savannah 10-5. Savannah did well to reach the final, but had little answer to the more aggressive and skilled Westlanders players.

The rally is the starting point for the now-rejuvenated Westmoreland netball season and had eleven teams participating. The actual competition begins on Saturday, July 18, and will have its final in September.

"We are looking forward to a good competition. You can see from today's rally the eagerness and motivation in these girls," reasoned Westmoreland Netball Association president, Audrey Thompson.

"It is the aim to bring to the public's attention high-quality netball games and a purposeful competition which, in the end, will benefit everyone, including the spectators," she added.

Earlier into the proceedings they defeated Savannah in the final of the Social Development Commission's parish league. Bethel Town were third, and West Angels fourth in the play-off.

First-time Member of Parliament for Central Westmoreland, Dwayne Vaz, opened the season and urged fair play, camaraderie and discipline in his statement to the players.

Vaz took over from the late MP, Roger Clarke, who had his name stamped over netball sponsorship in the parish for a number of years.