All eyes on full points 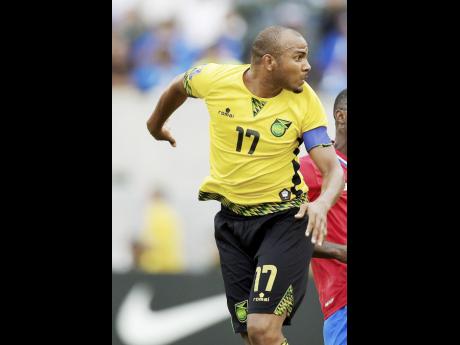 JAMAICA'S Reggae Boyz are focused on getting full points when they tackle El Salvador in the opening match of a Group B CONCACAF Gold Cup football double-header at BMO Stadium here today, beginning at 6 p.m. (5 p.m. Jamaica time).

"We just want to go out there and win the game, that's the plan, play good, entertaining football, but the three points, that's the most important thing," highlighted Jamaica's captain and central midfielder, Rodolph Austin.

Winning would confirm Jamaica as group winners, with Costa Rica and Canada, which kick off at 8:30 p.m., also chasing a spot.

The former Clarendon College stalwart said the Salvadoreans are "a good young team".

"I think they always start their games very quickly, and they've improved," he noted. "They're a good young team, and we just have to keep that in our minds and go out there and play a good game."

He sprinted nearly half the pitch and scored the winner in Jamaica's 1-0 win over Canada with a last-ditch effort in injury time on Saturday in Houston, and credits wide midfielder Garath McCleary for the assist.

"Obviously, it's nice when you score. It was a very good cross from McCleary. He put it on the plate, to be honest, and I just had to finish."

The Jamaicans dominated that match from the 20th minute and hit 21 shots on goal, but were unrelenting in their goal chase.

"...It shows that we still believe in ourselves," the 30-year-old from Palmer's Cross, Clarendon, said. "We fought until the final whistle, and that's why we won that game."