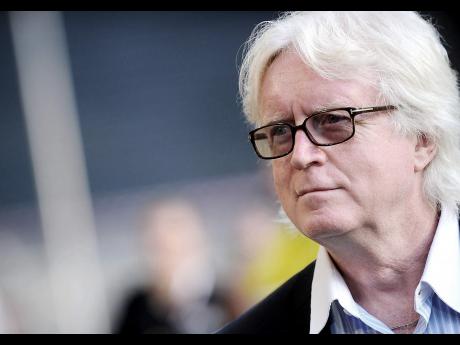 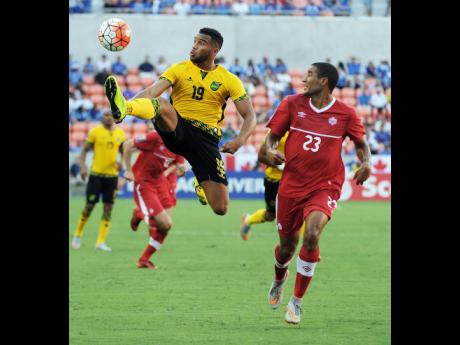 THEY'RE not quite the Musketeers.

The Reggae Boyz, however, have been galvanised by that mentality, and will seek maximum effect in unison against El Salvador, in their Group B CONCACAF Gold Cup football match at BMO Stadium here today. Kick-off is 6 p.m. (5 p.m. Jamaica time).

The game is the second of a group double-header, with Costa Rica and Canada contesting the feature at 8:30 p.m. (7: 30 p.m. Jamaica time).

"In football, it's confidence, all for one, one for all. That is our plus in Jamaica team," Winfried Schäfer, coach of the Jamaica team, admitted yesterday at a press conference.

He was asked about the benefits of Jamaica playing against Argentina, Uruguay and Paraguay at Copa America before this tournament.

He responded: "The players have more confidence. We're a good team, the players show that with teamwork we can do very good, play very good.

"Only problem is we play two tournaments and only 10 days rest for the players.

Only team to win

Jamaica are the only team in the competitive group to have won a match, as captain Rodolph Austin scored an injury-time header off Garath McCleary's cross for a 1-0 win over Canada on Saturday at BBVA Compass Stadium in Houston. An opening-game 2-2 draw with Costa Rica ensures group leadership on the Central Americans and El Salvador. Canada sit bottom of the standings with one point.

"We need a point, but we don't play for a draw. We want to win, we want to make pressure against El Salvador," Schäfer said. "It's not important whether we're number one, we focus on only the next match. The next match is tomorrow, and when we play a good match and we win, that is more confidence for the quarter-finals.

"Before we make big step we make the small step," the German added. "The small step is tomorrow."

For El Salvador, beating Jamaica appears a big step. Since a World Cup qualifier on September 8, 2004 in San Salvador, when they won 3-0, the Salvadoreans have played second fiddle to Jamaica.

The countries have played seven matches since, but the Central Americans, ranked 88th by FIFA, have never won.

"I think it's a team that is very quick, they play the ball very fast, they put a lot of players in their back in order to attract pressure and when they have that pressure, they try to look for their runners, directly," Garcia related.

"They're smart ... the players they have in front are quite good in attacking spaces, and from corners and free-kicks, they have a lot of set plays.

"They only play with one striker and two wingers .... . It's very important that the two centre halves are co-ordinating to not allow him too much space to run," Garcia pointed out.

Besides Dustin Corea, midfielders Arturo Alvarez and Darwin Ceren are key for Salvadoreans, who, like all Central American teams, are technically sound and prefer to buildup with grounded passes. However, they also counter a lot with long passes down the flanks, especially on the right.

Central pairing Wes Morgan and Jermaine Taylor, along with fullbacks Adrian Mariappa and Kemar Lawrence especially, will have to show tactical awareness in a Jamaica team that could remain unchanged, with Schäfer not fiddling much with his starters.

There appears no thought of separation among goalkeeper Dwayne Miller and midfielders Austin, Je-Vaughn Watson, who was outstanding against Canada, McCleary, and Joel (Jobi) McAnuff.