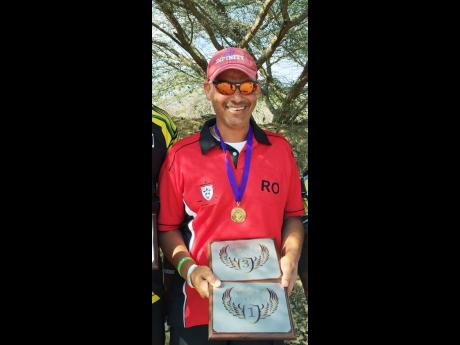 JAMAICA's top pistol shooters have been sharpening their skills ahead of the two-day Jamaica Cup, a 16-stage, 300-plus round, level-three International Practical Shooting Confederation match, set for July 25-26.

A team of nine recently travelled to the Double Tap Championships at Double Tap Ranch Range, Wichita Falls, Texas, and represented Jamaica with distinction in Open and Limited divisions. The match had 370 registrations across four divisions - Limited, Open, Production, and Single Stack.

Lennie Moulton was the highest-placed Jamaican in the Open Division of 68 competitors, 894 points at 81 per cent, winning B Class and placing 10th overall. David McMorris finished 34th overall for fourth in C Class with 688 points at 62 per cent.

Lesgar Murdock emerged the highest-placed Jamaican in the Limited field of 99 competitors, amassing 1,109 points, placing third overall and second in Grandmaster, shooting 98.6 per cent of the overall winner.

Considered a must-shoot on the international calendar, the Jamaicans got timely practice in Texas ahead of the Jamaica Cup, which is expected to attract overseas entrants.