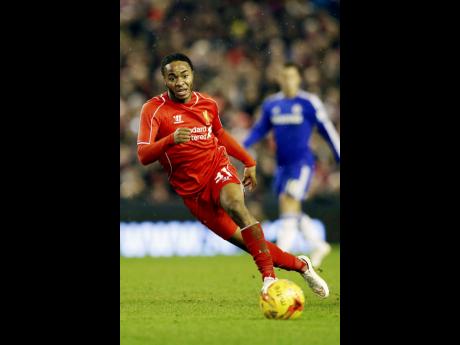 Liverpool manager Brendan Rodgers insisted yesterday that there are no hard feelings between him and Raheem Sterling after the club agreed to sell the winger to Manchester City.

Liverpool arrived in Bangkok yesterday on its preseason trip to Thailand, a day after the club reached a deal with City to sell Jamaica-born Sterling for £49 million (US$76 million).

While the deal has yet to be finalised, Rodgers confirmed that it "will go through" after Sterling undergoes a

Turned down a new deal

Liverpool initially said it would not sell Sterling, even after the winger turned down a new deal during last season. Sterling then refused to go on the Thailand trip as he agitated for a move.

Rodgers, however, said there was nothing personal about the move.

"Raheem and I remain very strong in our relationship, and have been right up until we left," Rodgers said. "There's no issue, no problem. He will move on."

Rodgers does have new signings James Milner, Danny Ings and Nathaniel Clyne with him on the trip as Liverpool prepares to take on Thailand All Stars today. With Steven Gerrard having left the club for the Los Angeles Galaxy and Jordan Henderson having taken over as captain, Rodgers has plenty of work to do to get the team ready for the start of the Premier League season.